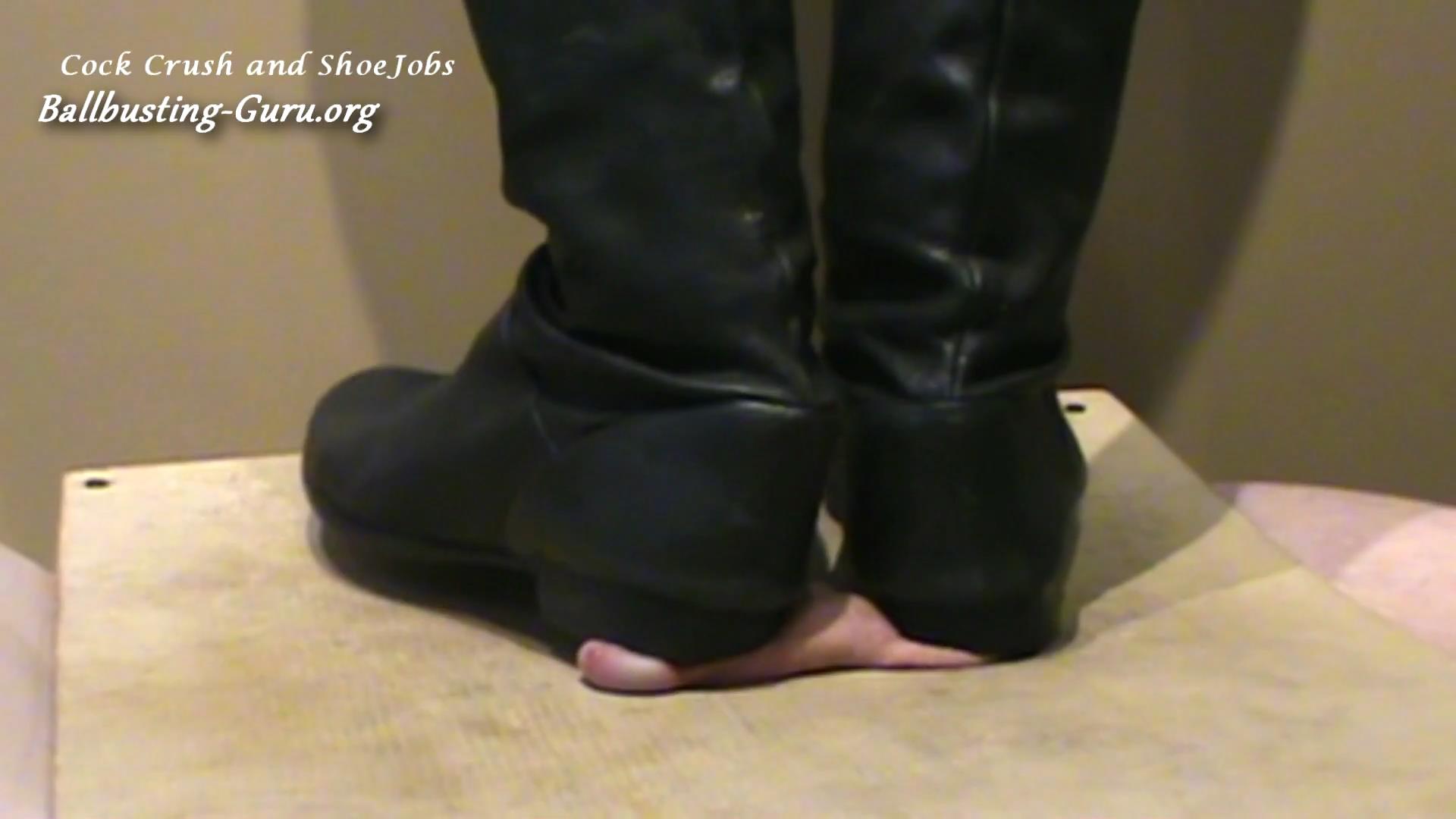 Extremely sick to say the least as the carpet is not only greatly compromised but has the privilege of having his dick stepped on by two women- Cecelia and her friend “Viv”. Viv was described to us as a 197-pound bull dyke lawyer who has been a long-time friend of Cecelia’s and who has wanted to crush a dick for a while but never got around to it. It gets much sicker in that both Women are wearing boots- Viv has on a pair of thick soled alligator trimmed biker-like boots and Cecelia is in a pair of smooth leather over the knee boots with an equally disturbing, thick chunk heel. Even darker is the fact that while one is stepping on the carpet’s cock the other is having the carpet lick the soles of her boots clean for fear of bringing Corona virus into Cecelia’s office. This clip will have two versions-obviously from our traditional cock box view, and this longer version which was filmed with a second camera on Cecelia’s phone, as the lovely lesbian had the forethought to capture the last 70 seconds of a collard (with leash) and degraded carpet (as he wears a plastic garbage bag which is pulled up to appropriately lick boot soles clean) meticulously licking the dirt from Cecelia’s boots as the raspy throated Viv steps on the carpet’s cock in the cock box. Off camera the girls joke about how they both can’t fit on the cock box because of Viv’s massive girth. As Cecelia sits and looks on at Viv who gets more comfortable on the cock box with each passing second and the carpet orally cleanses Cecelia’s boots, the lovely lesbian asks Viv to step back off the box as Cecelia rises from her seat and stands on the carpet’s chest before walking up the carpet’s body to the cock box into the frame of the first camera where Cecelia shows the carpet a little less mercy than did her friend. Viv’s segment (which is happening simultaneously as the carpet licks Cecelia boots) is fairly conservative as she steps up onto the cock box, bending it down onto the carpet’s hips as her big heavy boot sole grinds down on the carpet’s flaccid pecker. “Hmm” she utters at the feel of the carpet’s pecker beneath her boot sole. After grinding it down, she then teases it a bit- mashing it with the tip of her boot before purposely stepping down on the carpet’s cock head. Cecelia instructs the carpet that he can begin licking again as she moves back into a comfortable position after putting her phone down to film. “There we go” coos Viv (followed by a “yesssss” from Cecelia) with a raspy voice as she presses down on the carpet with her heel and remarks about the carpet vigorous boot licking. Viv then turns her heels to the camera and does a slow march in place on the carpet’s dick- applying all her weight with each step mashing the carpet to mere millimeters beneath her heel. Cecelia continues to tease as encourage the carpet to make sure her boots are virus free as she pushes her heel down into his mouth and even slides her foot across his chest into frame while Viv is marching on his cock. Viv then balances on the carpet with a single foot and bounces a bit with all the intention of damaging the carpet as much as she can. Viv then sets her other heel on the carpet’s mashed cock and with both heels simultaneously rocks her weight back and forth. A little more marching and Cecelia asks Viv to be careful stepping back as the lovely lesbian takes her boot out of the carpet’s mouth and begins to stand on the carpet’s chest. Viv actually steps off and backs into the camera shaking it a bit as she moves to the side and Cecelia moves into frame. To save description length, Cecelia gives the carpet all the same Viv did but more with the soles of her boots and as Cecelia usually does. Viv actually goes over and stands victory pose over the carpet as she steps down on his open mouth and outstretched tongue which was caught for a bit by Cecelia’s phone but the quality of the view in Viv’s position left a lot to be desired. Therefore, we didn’t include it. This clip will also be released without the bootlicking segment for those who want the specific content of cock crushing only without the boot licking extra. 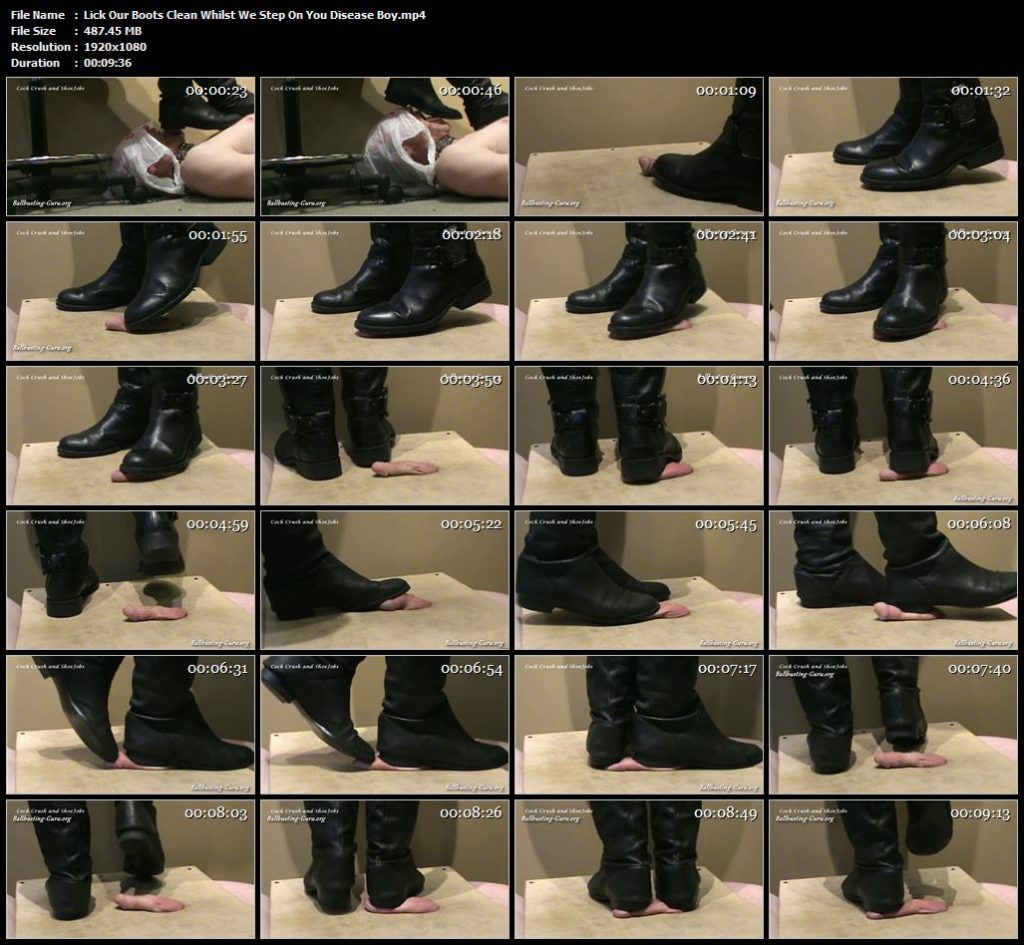 <- Prev: Adie squashes the rooster – Martina Trample and Crush Next: My Converse Will Wreck You – The Fetish Couple -> 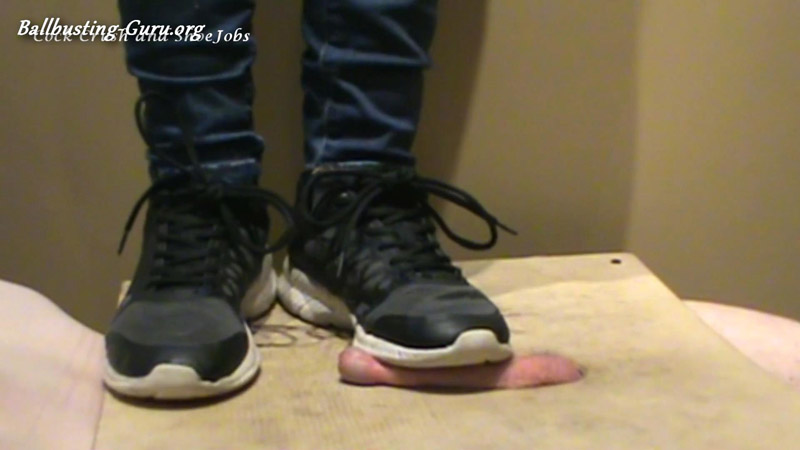 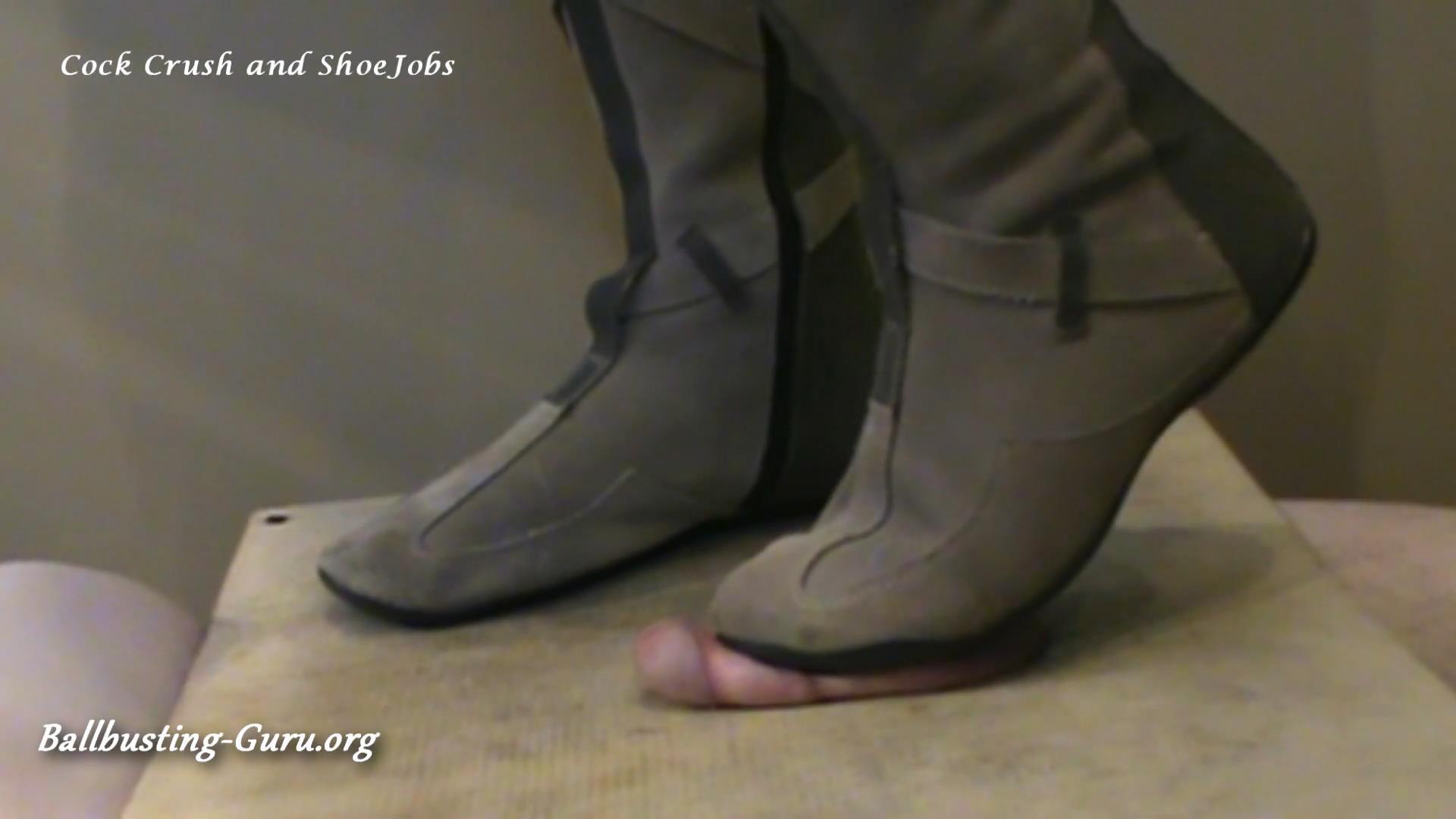 Sneaker Stomp From Front and Back – Cock Crush and Shoejobs 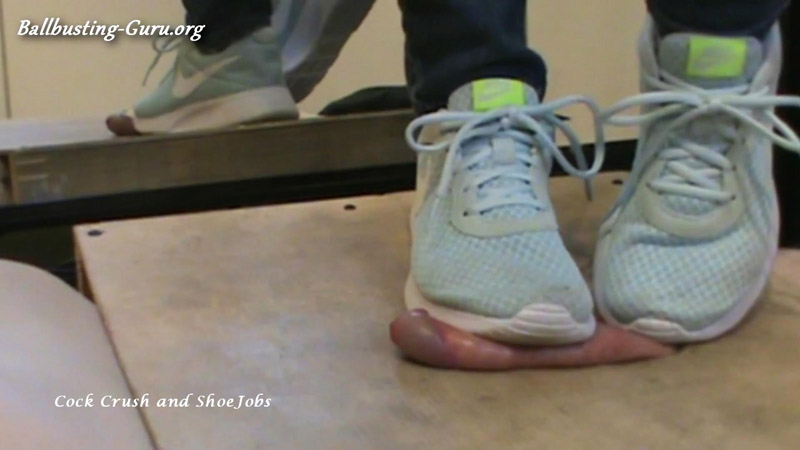 Oh I Love It – Cock Crush and Shoejobs 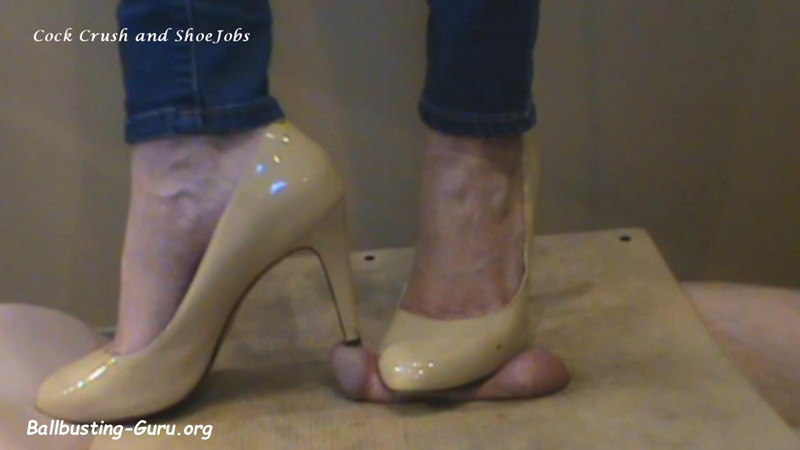