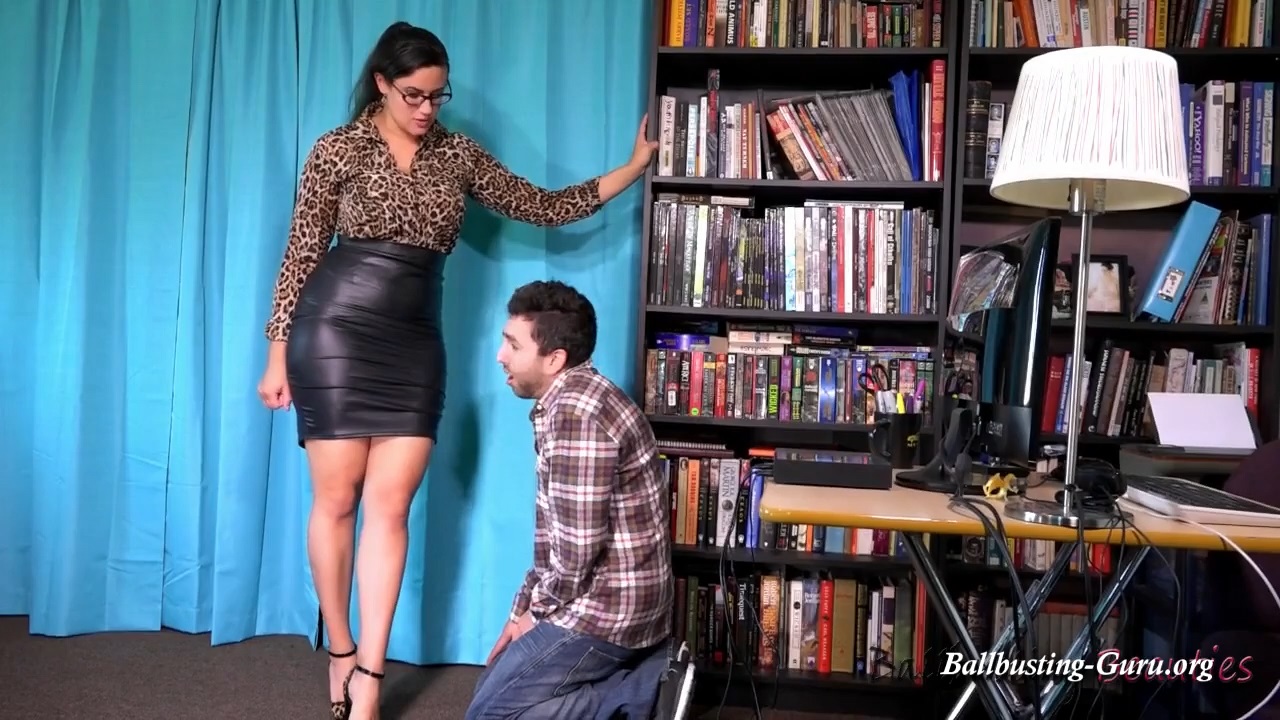 Penny is personally evaluating all of the employees in her company and has saved the worst for last. The loser employee is informed that he has been under-achieving and is going to be let go. Shocked and in disbelief at what is happening, he gets down on his knees and begs his boss to let him keep his job saying that he will do literally anything she wants. Taking advantage of his desperation, she decides that there might be a new position she move him to if he qualifies. Still on his knees, she stands over him and has him close his eyes before laying a devastating kick right to his defenseless balls. The intense pain causes the weak man to double over in pain as Penny explains that if he doesn’t last long enough to properly relieve her stress than she really has no use for him anymore. Knowing he won’t be able to pay rent next month unless he complies, he spreads his legs again and again as Penny breaks his balls with brutal kicks from her strong legs and sexy high heels. 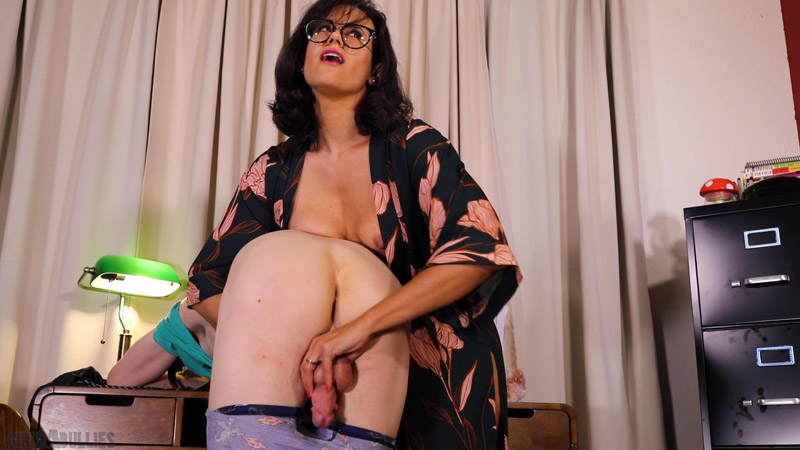 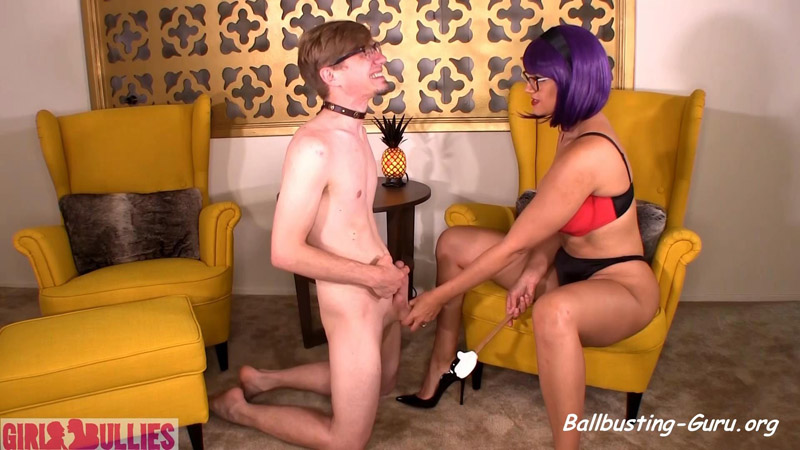 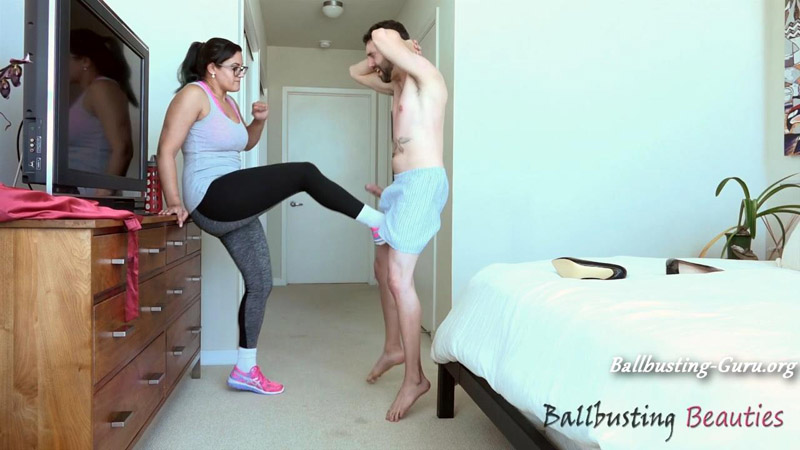 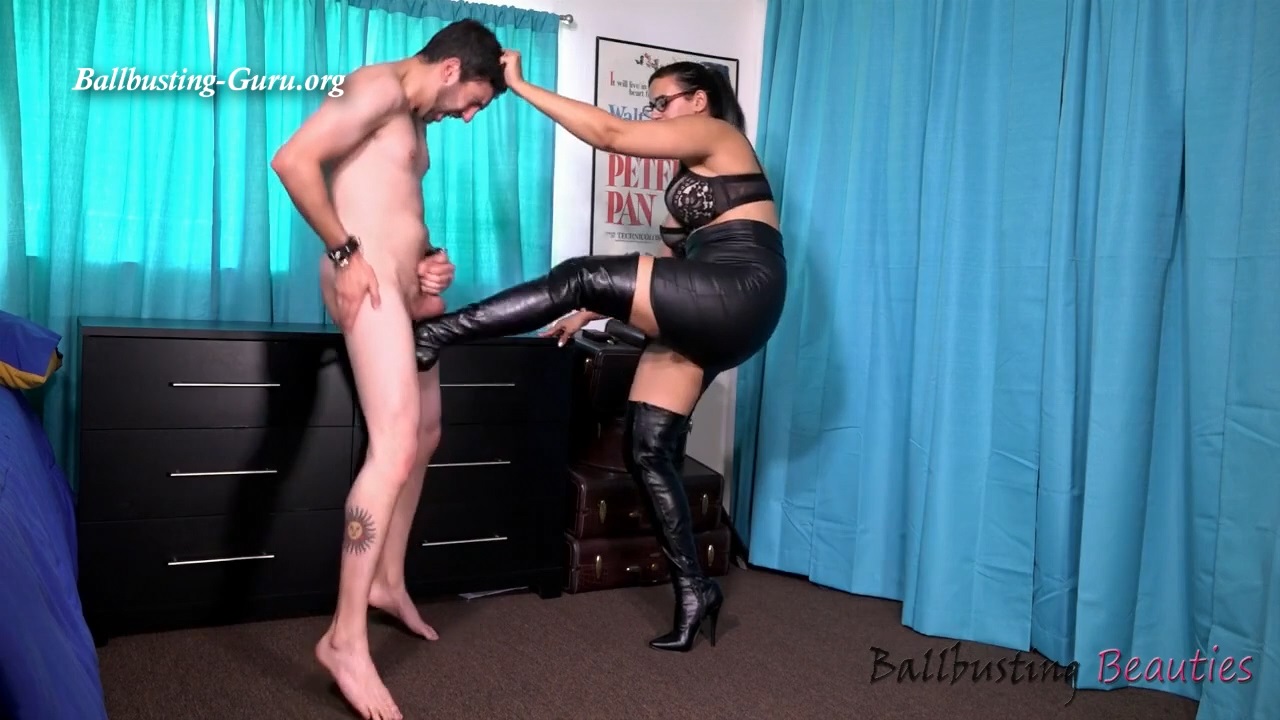