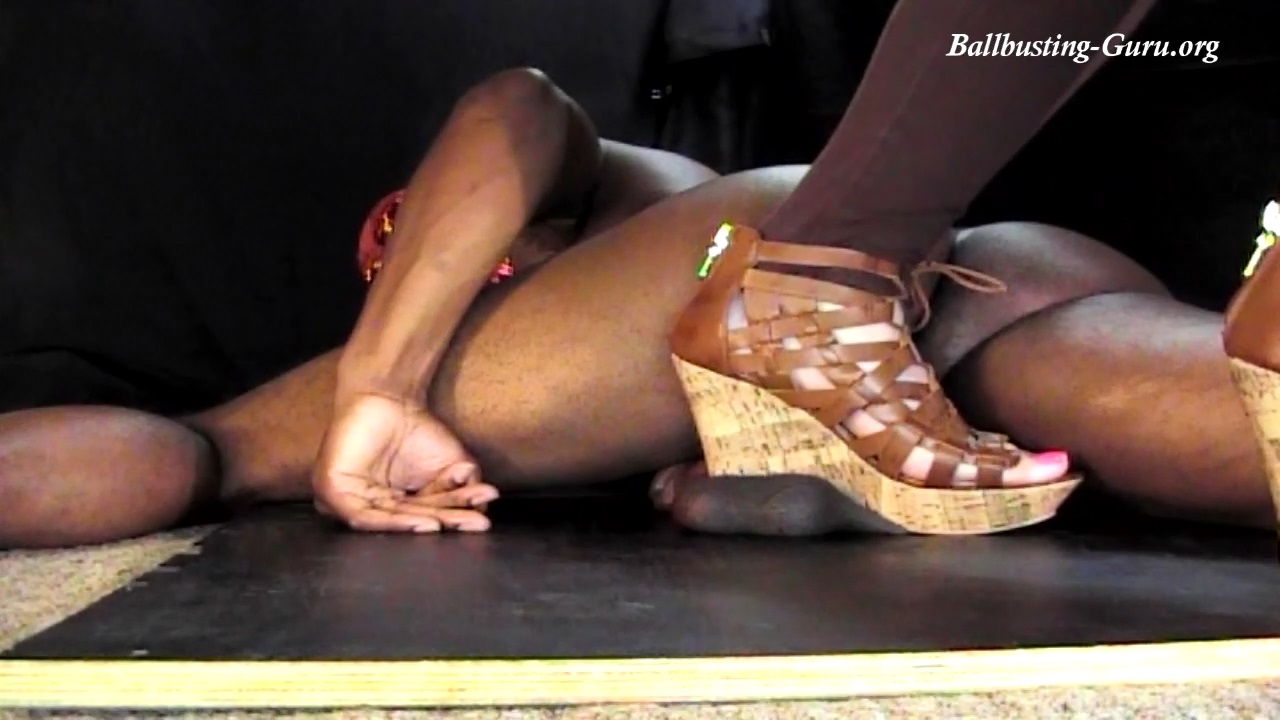 (WARNING: THIS CLIP CONTAINS SOME RACIALLY CHARGED DIALOGUE THAT MAY BE OFFENSIVE TO SOME!!!) The Goddess orders her slave to lay face down and pull his junk out between its legs. She will focus solely on the balls but before she begins she humiliates it with some RACIAL DEGRADATION to remind it of HOW SLAVES SHOULD BE TREATED!!! She then steps on his balls TRAPPING THEM BENEATH HER THICK WEDGE HEEL and just stands on them crushing the life out of his poor nuts!!! Over and over she kicks his nuts while still standing on them with all of her weight not allowing them to escape! She even grabs one of her stiletto pumps and beats his balls with the heel of her shoe a few times just for fun! At one point you will see the slaves balls almost POP beneath her weight as she shifts her foot position!!! She stomps and kick his pathetic sac kneading the useless contents into a mushy pulp!!!.and if that wasn’t humiliating enough, she then GRABS BOTH HIS TESTICLES (with one in each hand) AND STARTS YANKING ON THEM like she was milking c0w utters!!! There is no saving these balls!!! 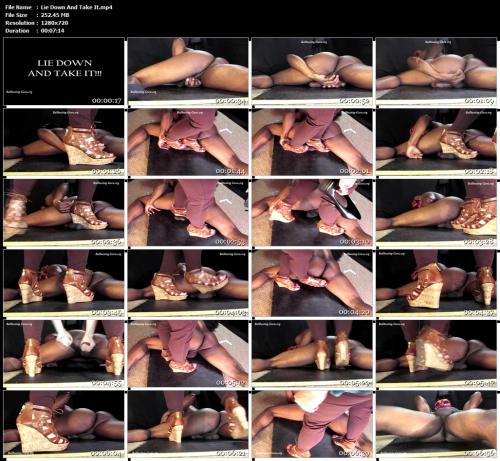