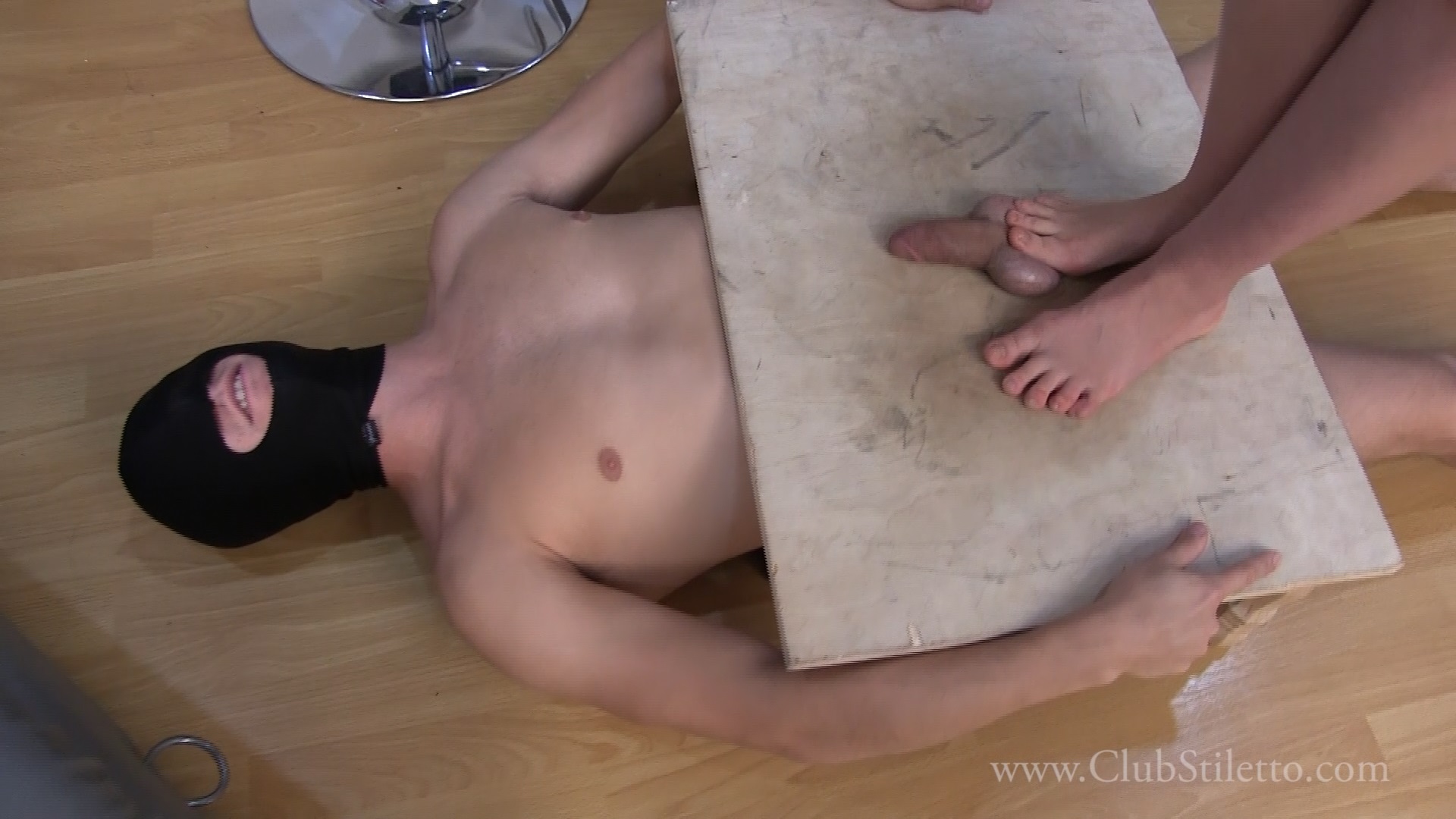 Princess Lily returns home after being out for several hours, which has given her slave enough time to clean up after the big party. The scene opens with Lily hovering over her slave, crop in hand, in a sexy leopard skin bikini. Lily is outraged because she has just discovered a bread crumb on the floor. Can you imagine a slave being so sloppy in his duties? She reminds him of how generous she was earlier, letting him suck her toes while she touched herself. “It wasn’t even a good orgasm,” she admonishes him. “You hurt my feelings; I hurt your balls” she adds. The slave whimpers, and as the camera pulls back you can see that Lily has her slave’s cock and balls locked in the CBT floor. Her long feet and sexy toes are a delight to behold. for you, that is. The slave, on the other hand, is blindfolded and can’t see them at all. She threatens to have his balls removed completely if he doesn’t improve. She rubs her feet over his cock and balls until she realizes the bitch is actually enjoying it! She kicks his nuts to make sure he understands this is punishment and not pleasure. She tells him his dick has no purpose, he’ll never fuck anyone with it anyway, and subjects him to even more punishment with her feet. As she steps on his nuts, his poor sack looks like it’s ready to explode. Uh oh, Lily has spotted some cum on the end of his dick. She rubs her foot over it and sticks it into his mouth, making him lick it all up. She lets loose with a volley of kicks to his nuts and says “We’re just getting started.” 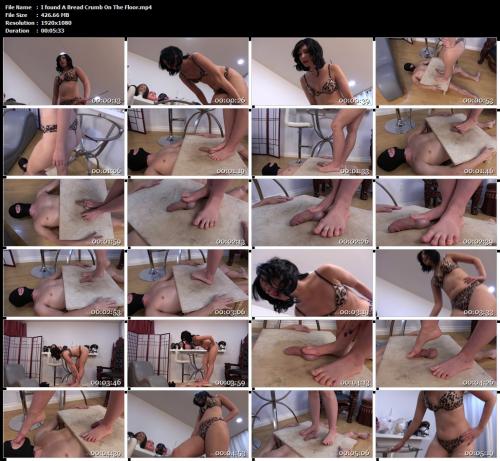