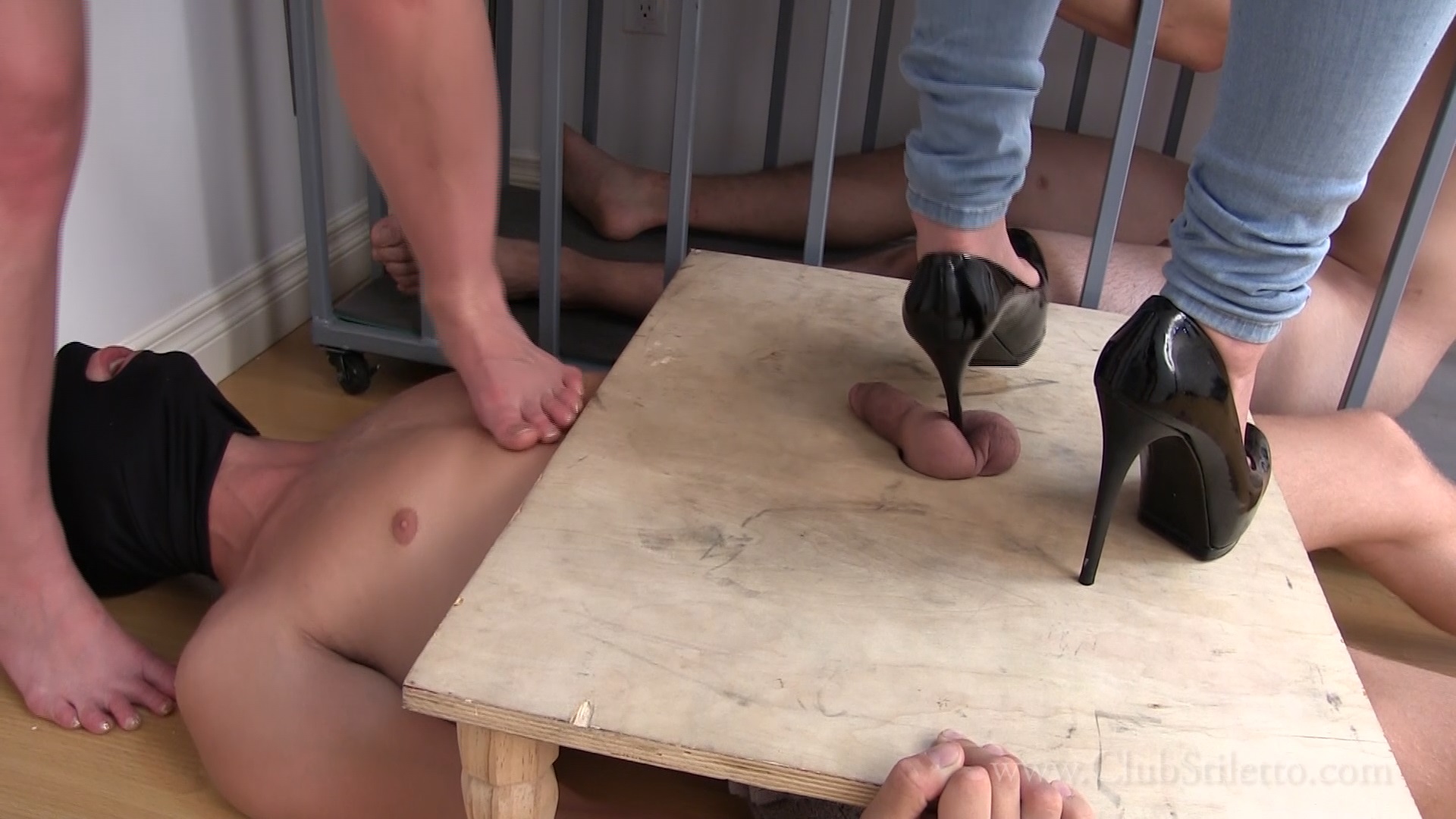 Lady Bellatrix, Princess Jemma, and Mistress Kandy have just supervised a piss drinking contest between two slaves. The loser, Jemma’s ex-boyfriend Christian, now finds himself locked into a trample box with his cock and balls exposed for the las to abuse, while the winning slave gets to lick Kandy’s pussy. Talk about pain or pleasure! Jemma and Bellatrix berate the losing slave and start to work him over. Jemma rams her sexy feet into his mouth while Bellatrix pokes one of her 7″ stilettos at his cock and balls. She steps down with both heels and uses her full weight to stand on his nuts. She has the slave remove her shoes with his teeth while Jemma moves over and rubs his cock and balls with her feet. Meanwhile, the other slave is oblivious to everything but the tasty pussy he is eagerly licking. Slaves rarely get pussy so they had better do a good job when the opportunity comes their way. The camera moves back and forth between the two scenes and gives you a great sense of what a house of Dominant las looks like. Pain, pleasure, and kink. While all three las are clearly having fun, you can see that Kandy has an extra big smile on her face. Jemma and Bellatrix soon have all four feet on the slave’s junk and you get some great up close views of sexy toes and feet inflicting pain on their slave. Then it’s time for some up close pussy licking action, as Christian’s buddy clearly has no concern for his predicament. The las make sure he knows he could find himself in the same position as Christian in a heartbeat, should he fail as their pussy licker. I’m not sure how many scenes we have ever shot of foot worship, ball busting, and pussy worship together, so this one is definitely unique… and really hot. While Bellatrix and Jemma leave to get some toys from the other room, Kandy decides to stay for a while (she wants an orgasm), and she orders her slave to bear down on her clit. Poor Christian just lays there with swollen nuts, ignored, while Kandy directs her slave until she has a mind-blowing orgasm. At that moment, the other las return and Kandy decides that the three of them should leave to scheme about what they will do next to these two next. 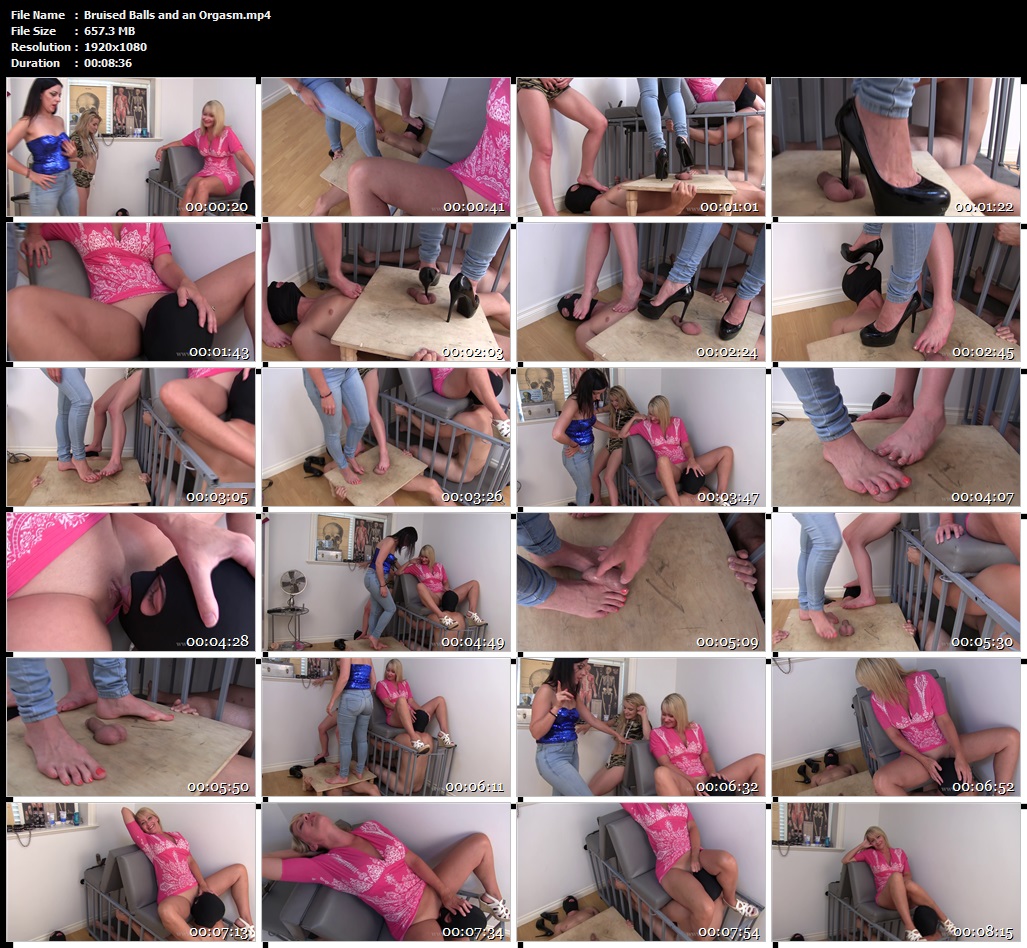 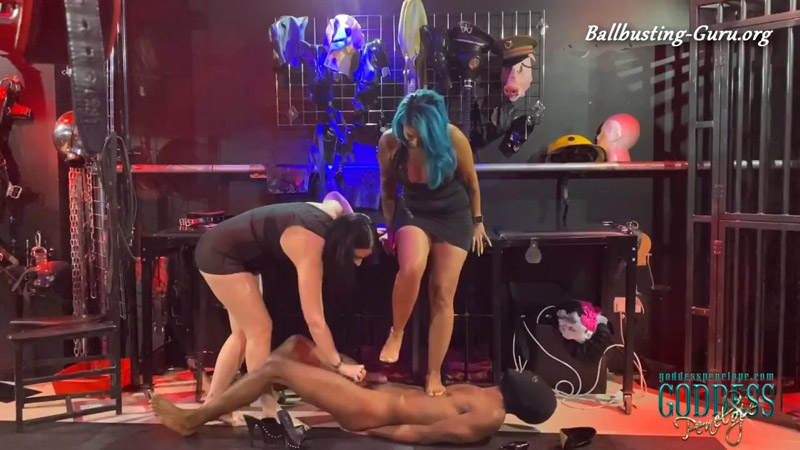 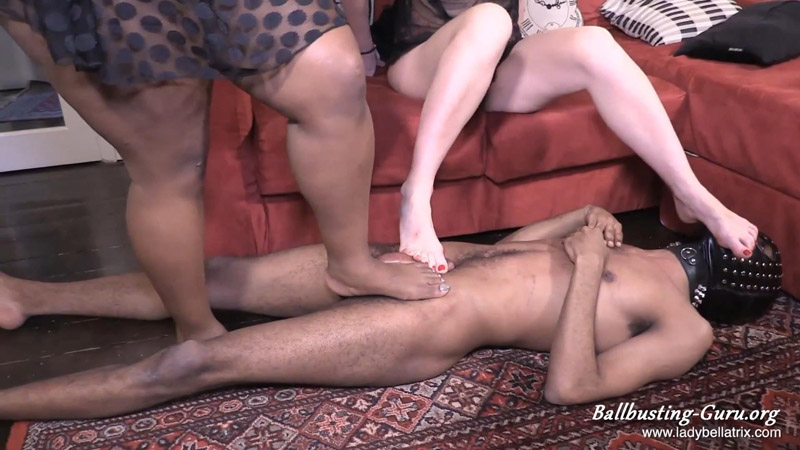 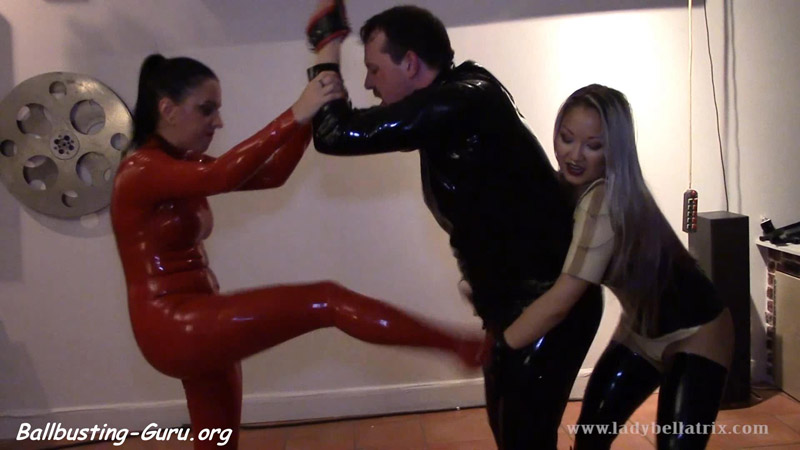 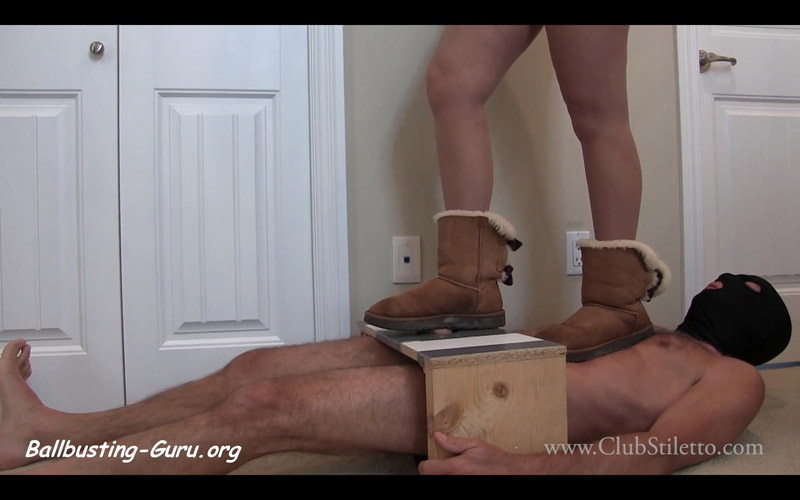 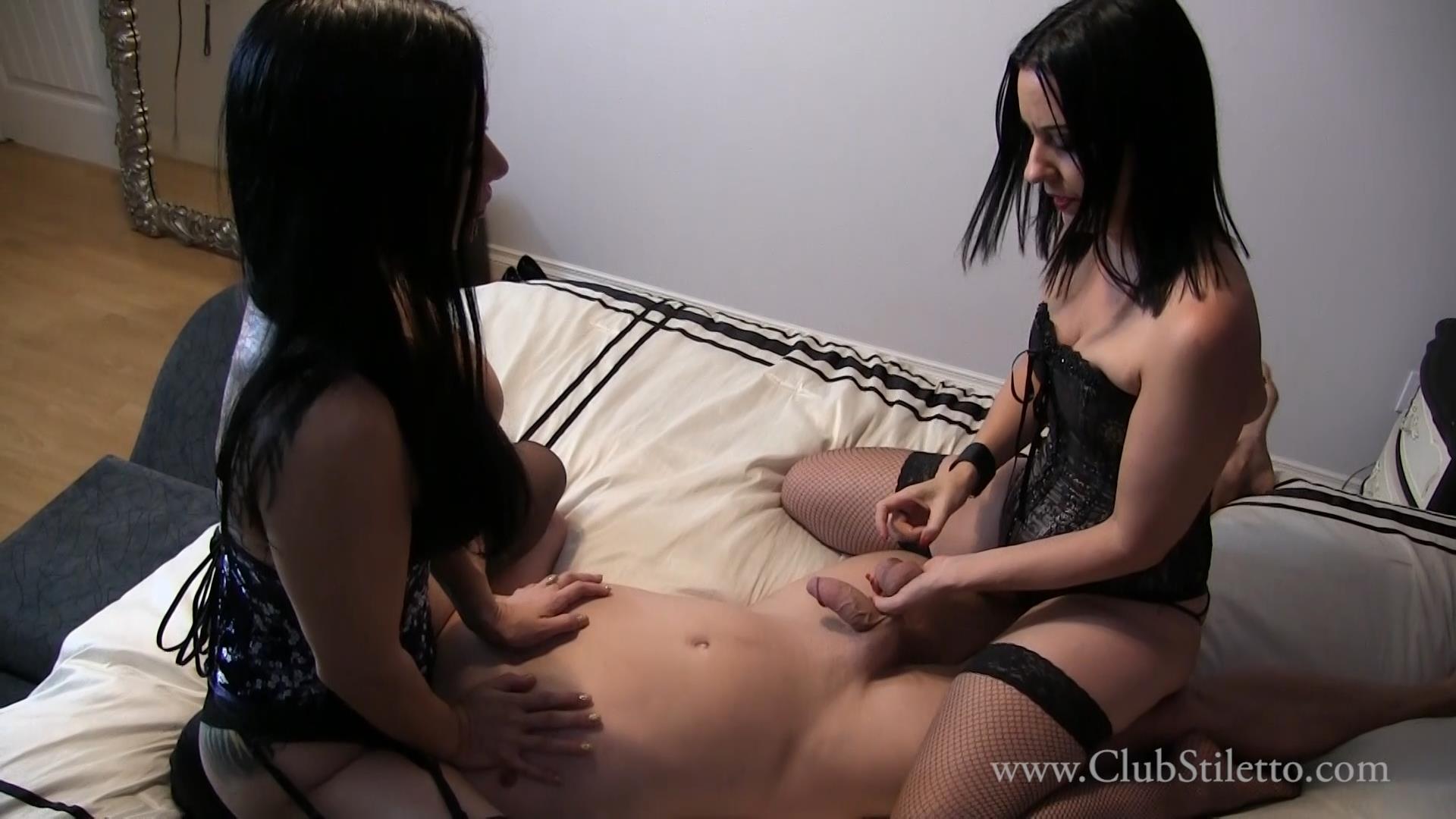