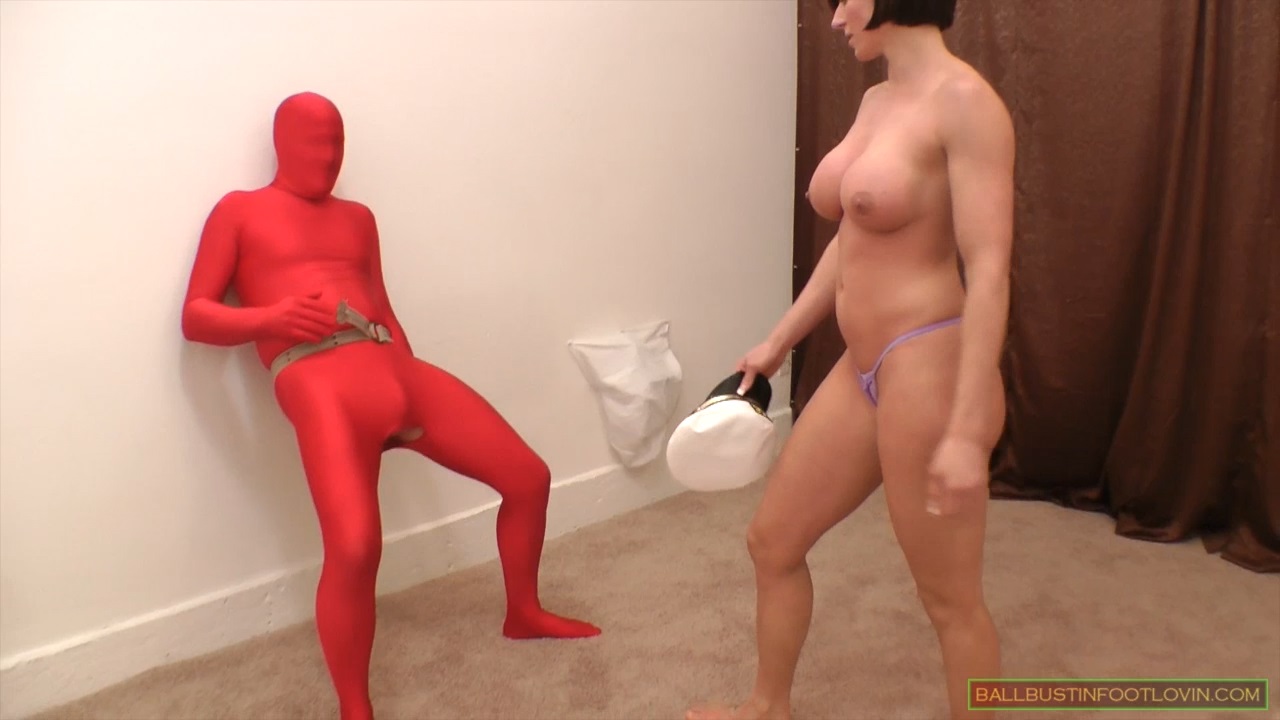 Once again the Skipper is looking for some bit tits to squeeze, but this time he makes the mistake of trying to squeeze the tits of a Muscular Amazon…. Rapture.

Rapture is doing her yoga routine in the nude when the Skipper finds her and when he tries to squeeze her tits she is shocked and kicks him in the balls. She takes his fine hat from him and stomps on his exposed balls. At one point she reverses the squeezing as she manages to grab the Skippers balls with her toes and pulls his sack, causing him much pain.

Every time this idiot get back up and tries to grope her big tits, she delivers him more ball bursting blows.In the end she leaves him on the floor in pain and walks off wearing his hat. 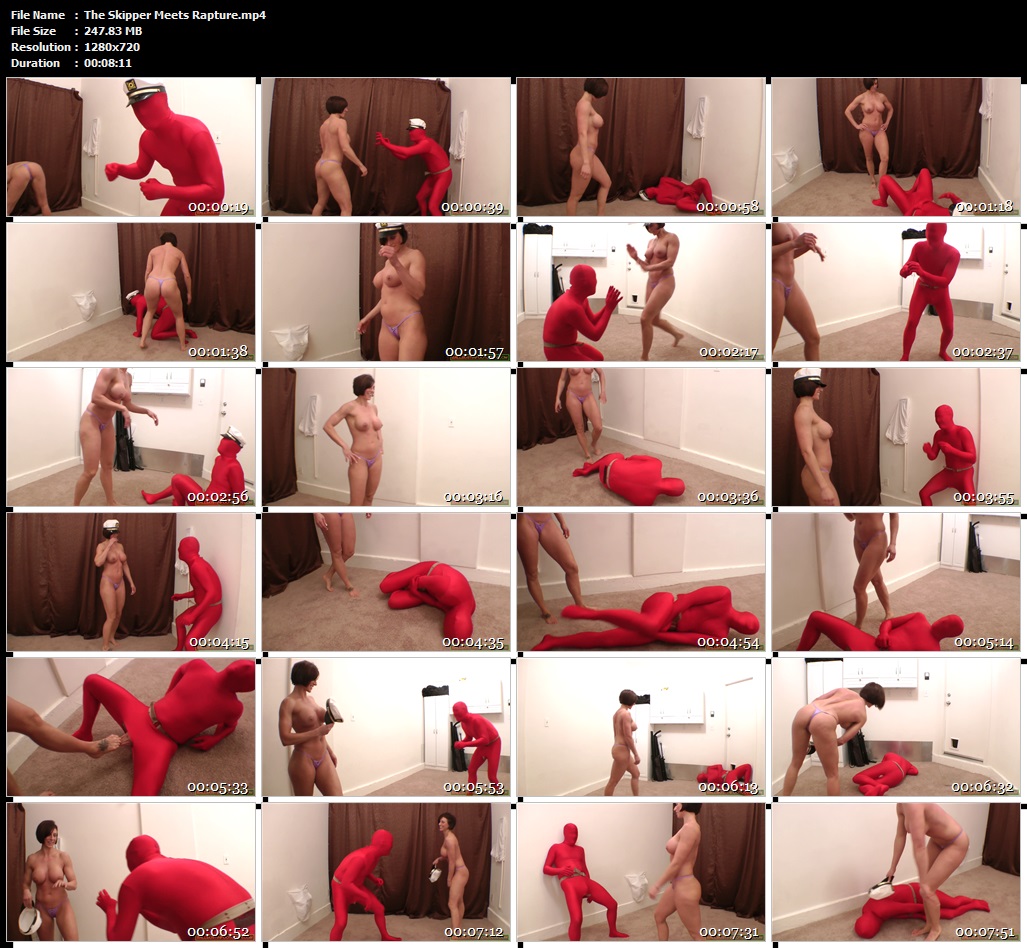