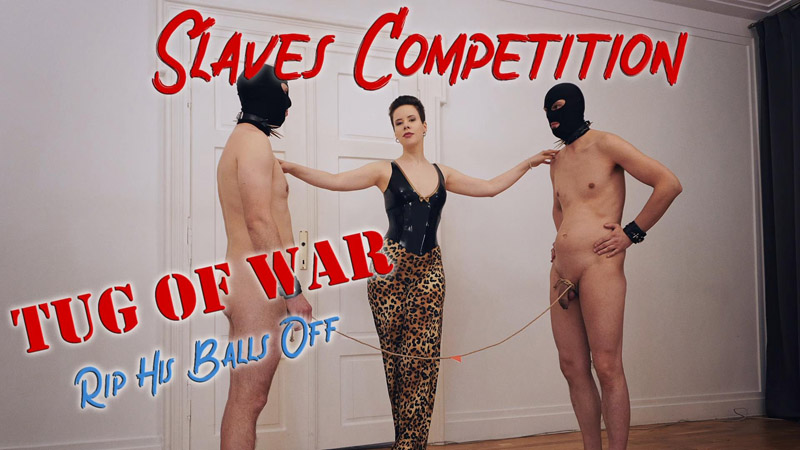 Mistress organizes another contest for her slaves, it’s called tug of war, but a little bit different than normal. The competition is about pulling rope which is tied around slaves cocks and balls. It’s a very painful competition for Mistress slaves, she laughs a lot as they pull their genitals. Well.. maybe they won’t rip off their balls. Loser will feel more pain in his balls, so they better try hard not to lose. Who’s gonna win this time? 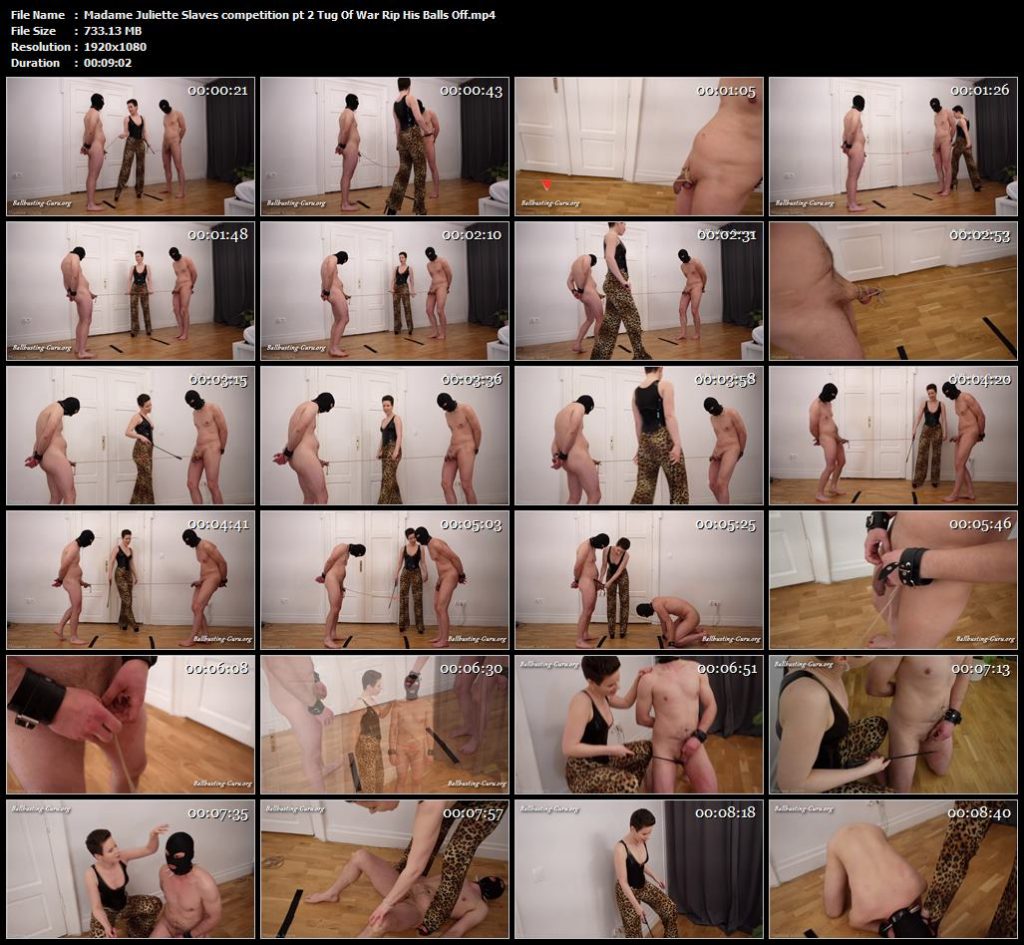 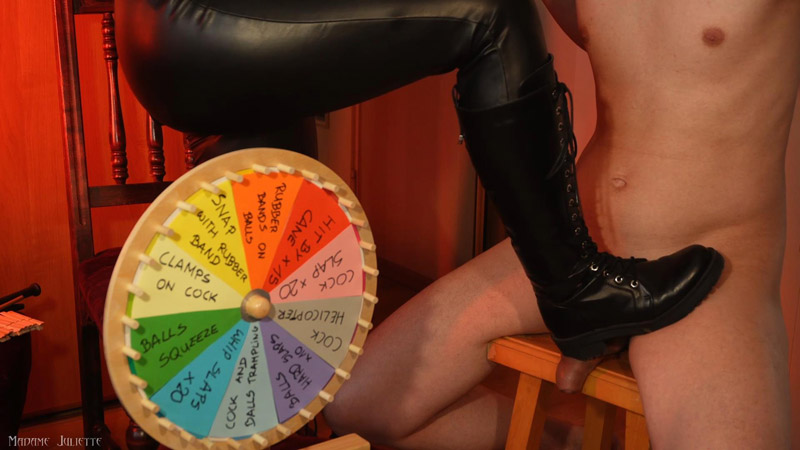 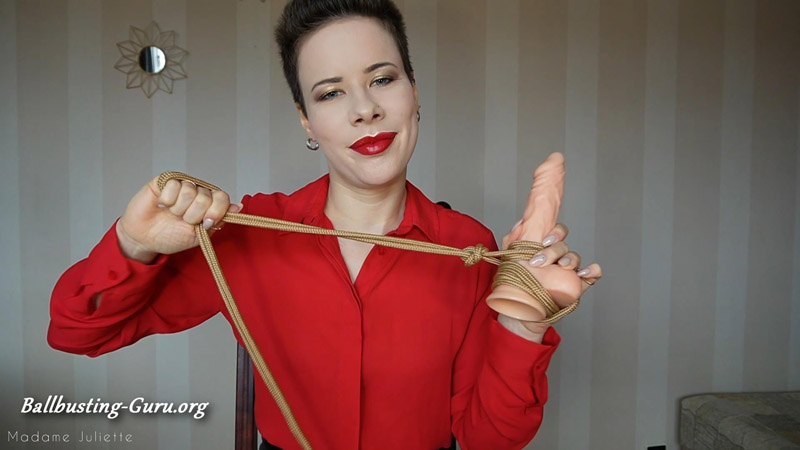 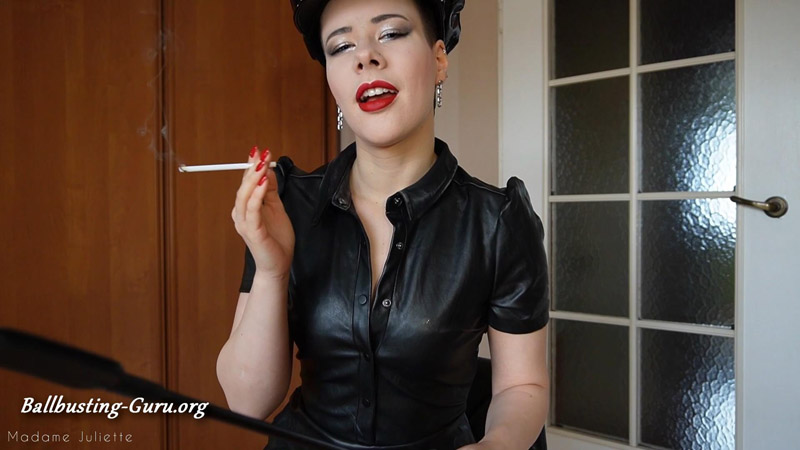 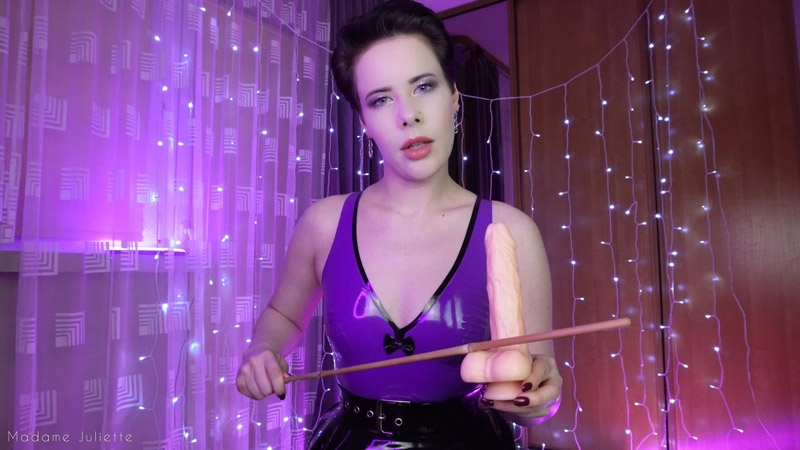 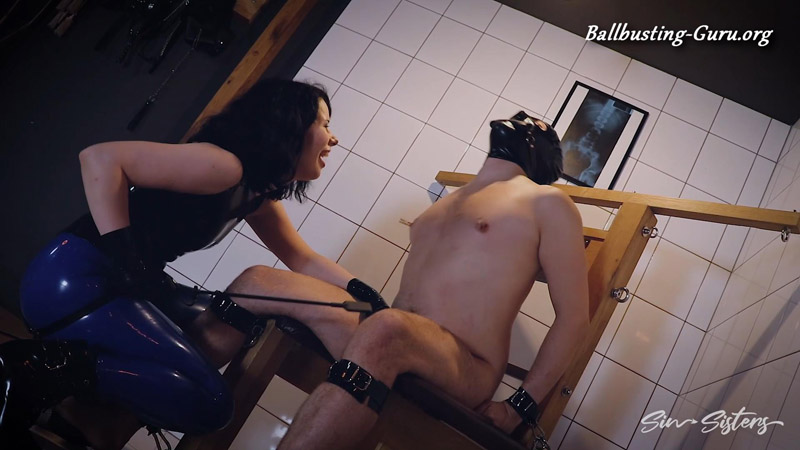