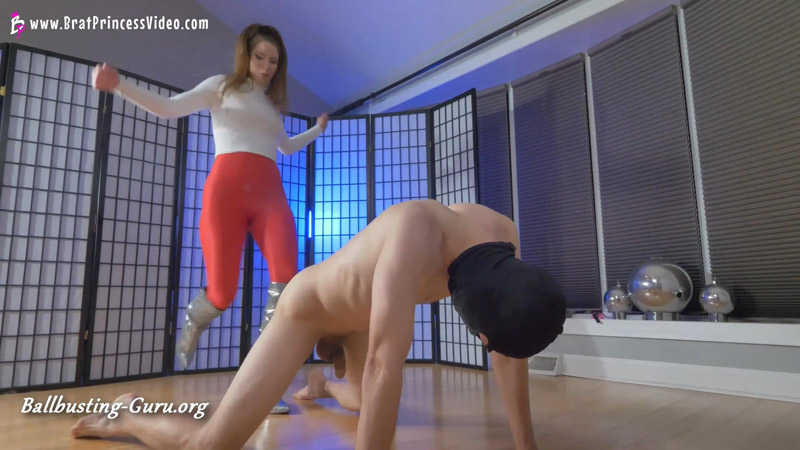 This slaves balls are gonna be Riot Starters pinata! And she wants to see what is inside of them! He is on his hands and knees with his legs spread apart and she kicks him from behind. Her shiny boots kick him straight in the swollen nuts over and over again while his dick flies up. She kicks his balls and his dick as he moans in pain. Watch her knock him down! 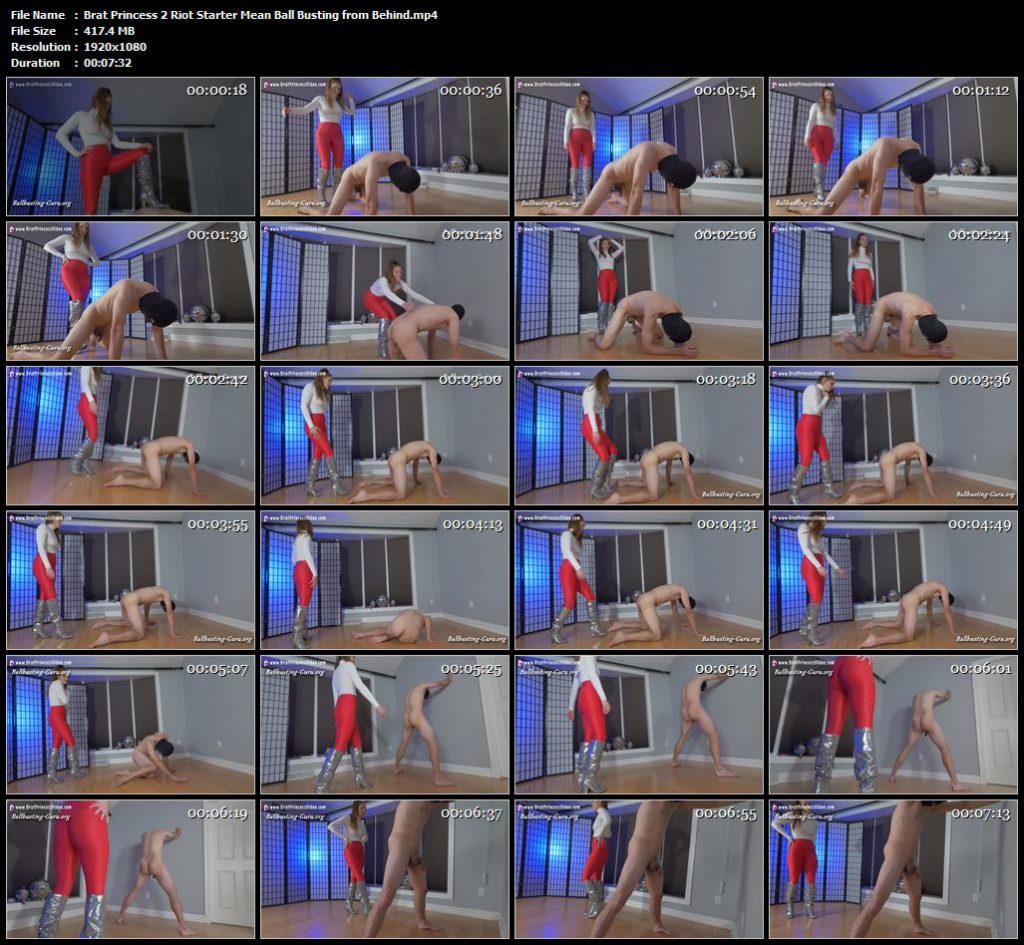 We Love Ballbusting – Brutal Precise Ballkicks for the chance to be smothered by Riot Starter! parts 1+2 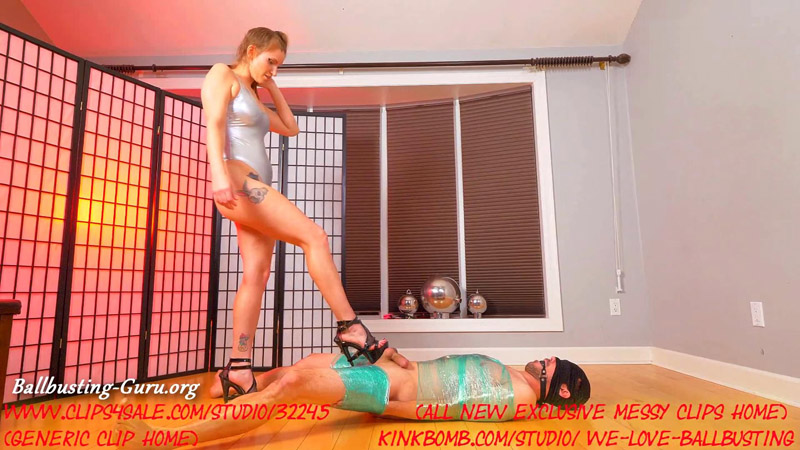