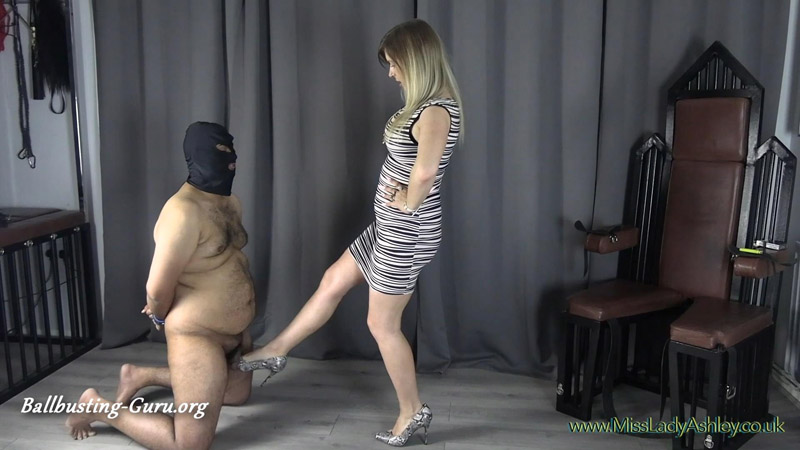 Miss Lady Ashley has a worm kneeling before her whose pathetic tiny balls are about to get busted by Mistress’ perfect feet. Mistress begins kicking him but his cock instantly grows at the thought of being touched by such beautiful feet, meaning Mistress can’t get to his balls properly. But that won’t stop Mistress as she ties his cock out of the way and proceeds to launch several kicks onto his tiny balls. His whimpering and moaning doesn’t impress Mistress as she repeatedly orders him to get back up after each kick, whilst slapping and spitting on him for being so pathetic. He pleads with Mistress for mercy, saying he can’t take it, but Mistress isn’t having any of it! 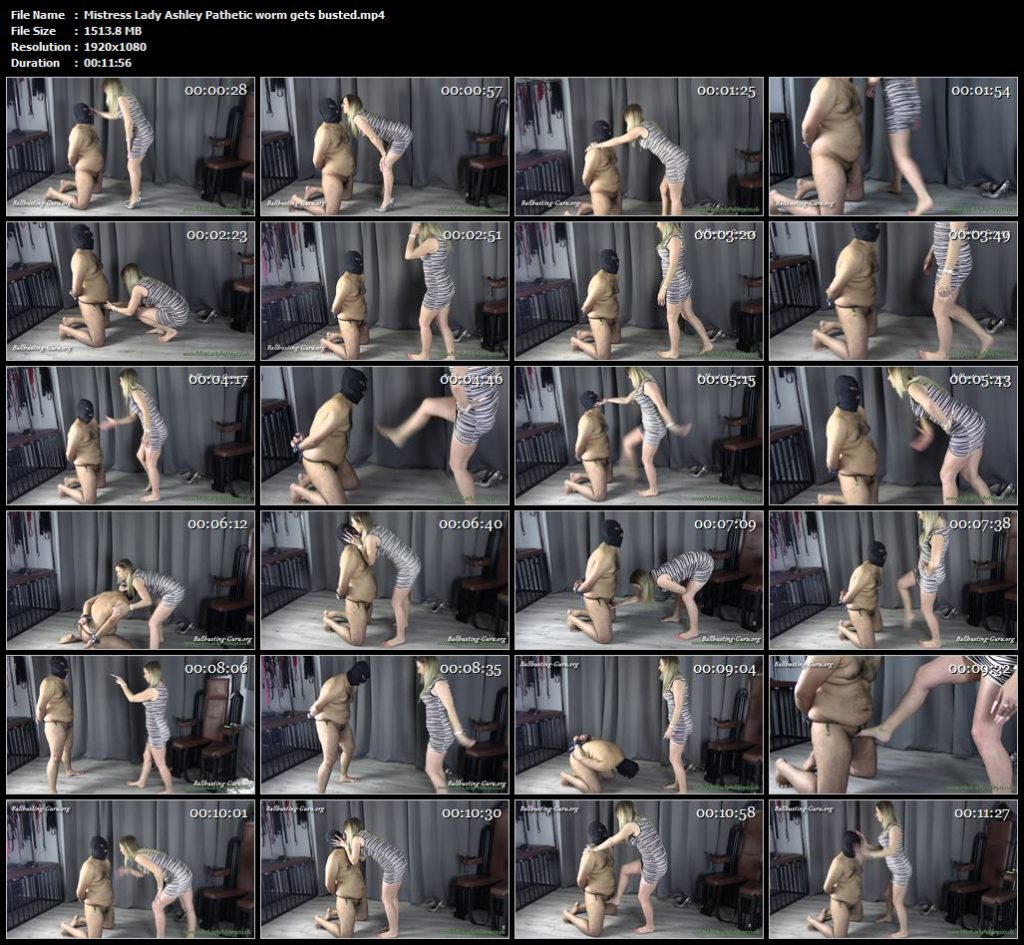 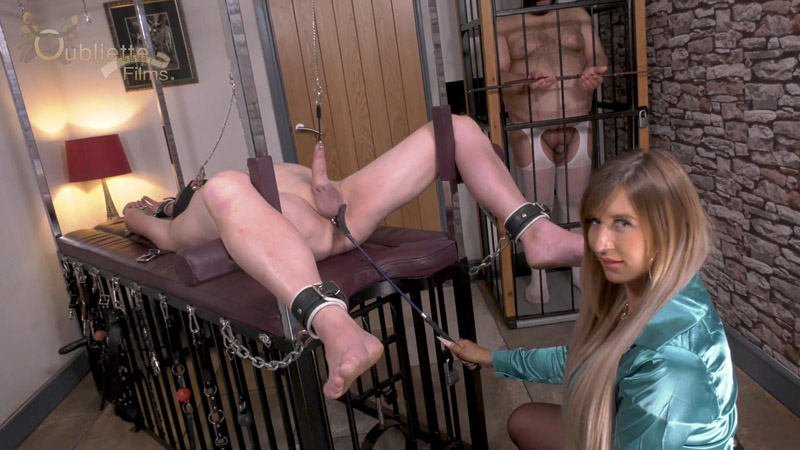 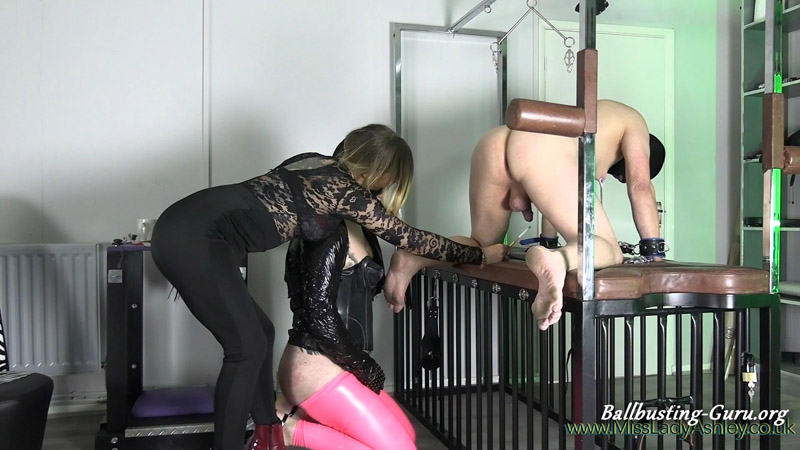 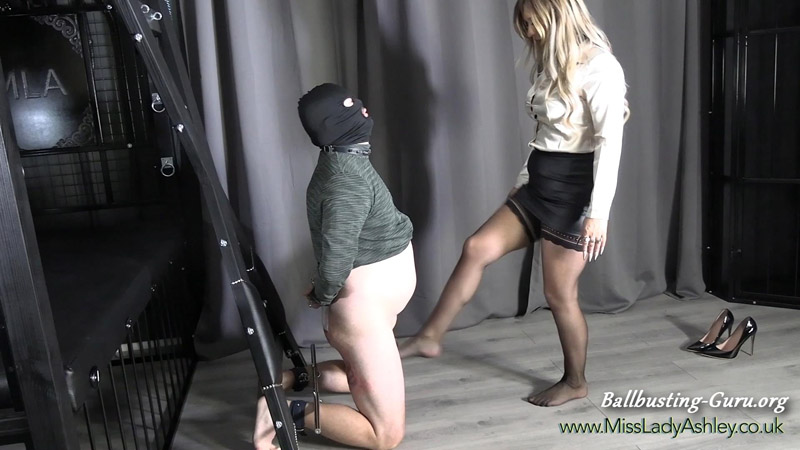 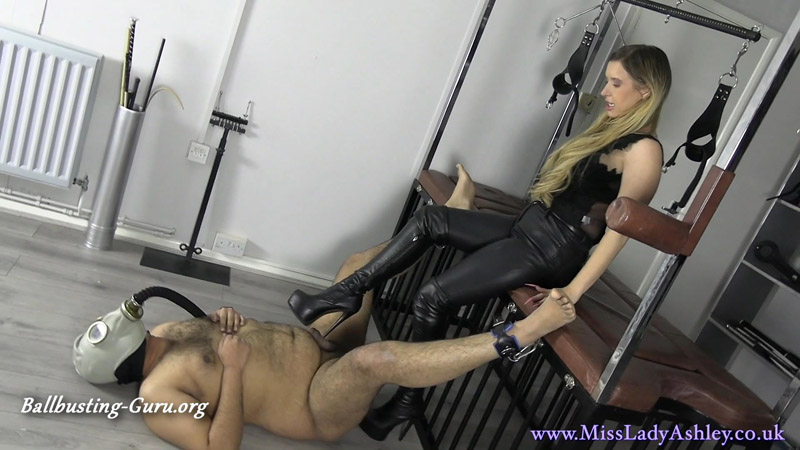 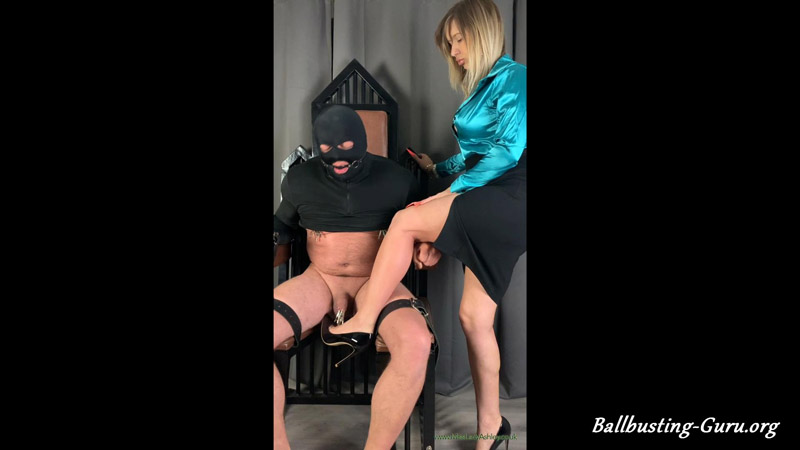