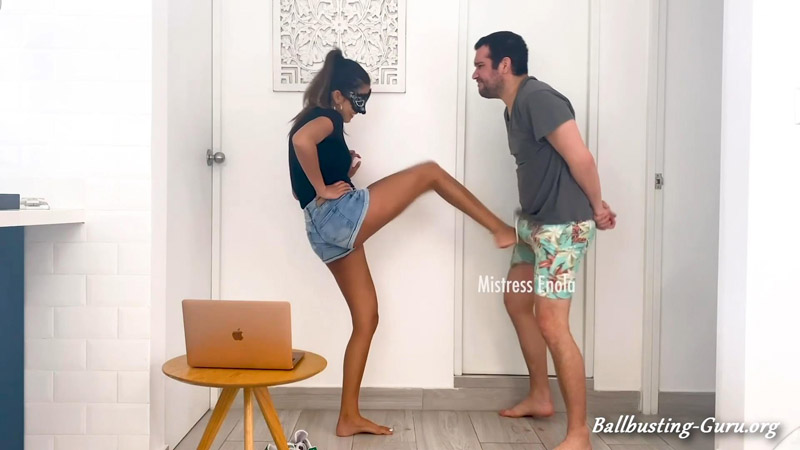 I was taking a bath and this little bitch slaveboy just went to the beach without me, I stayed home alone while he was tanning… Thats not good! So while he was enjoying sunbathing on the sand I prepared a beautiful game as punishment for his behavior! My ball-busting spin wheel is awesome! Now it will be luck that will judge him … I will destroy his balls .. There is also an option where I will use my adidas Smith to make the pain stronger: P! so he came back home and I told him about the punishment, automatically his face changed! I told him to get into position and the roulette did its job! He was so unlucky that he got more than 20 hits in each spin hahaha, I could see how he was getting weaker, but if he falls to the ground we start again from 0, the more time I spent hitting his balls the weaker he was and writhed in pain ( I love seeing that on his face) !! I continued with the game until finally!!! the option of Kicking from behind appeared!! which he could not hold and fell exhausted to the floor and began to kiss my feet, asking for mercy! This is my hottest ballbusting clip I edited myself! And you can see the spin options at the beginning of the clip! More than 10 Spins ! 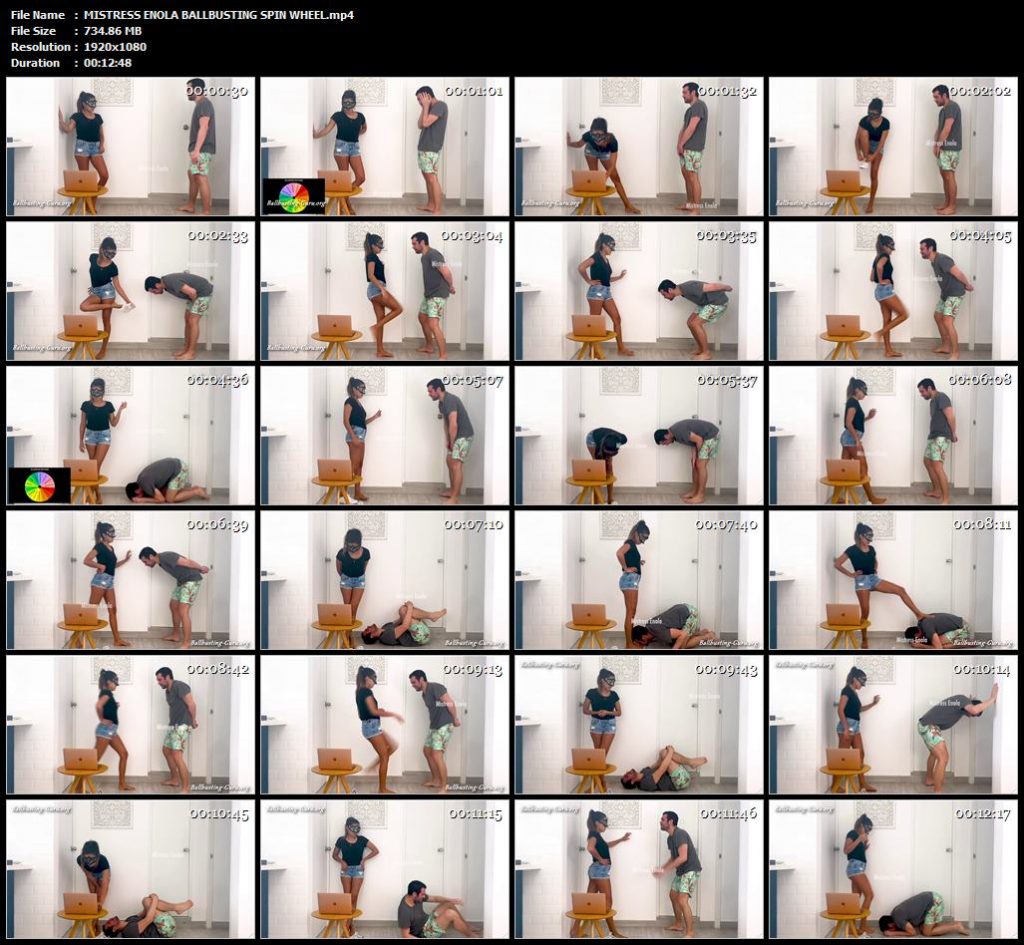 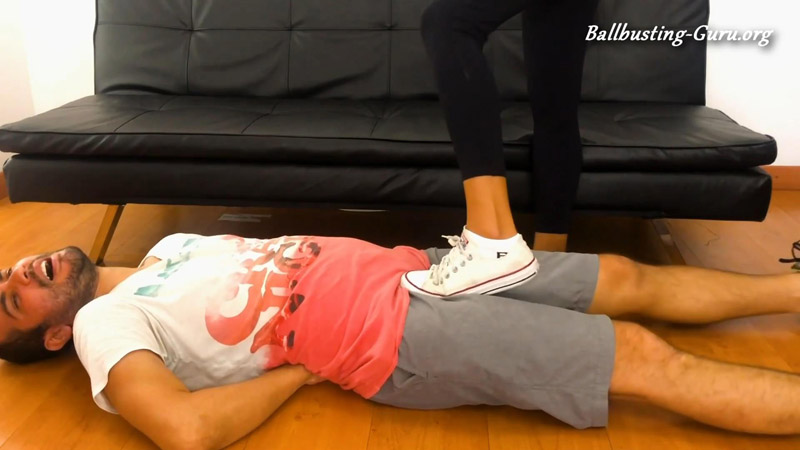 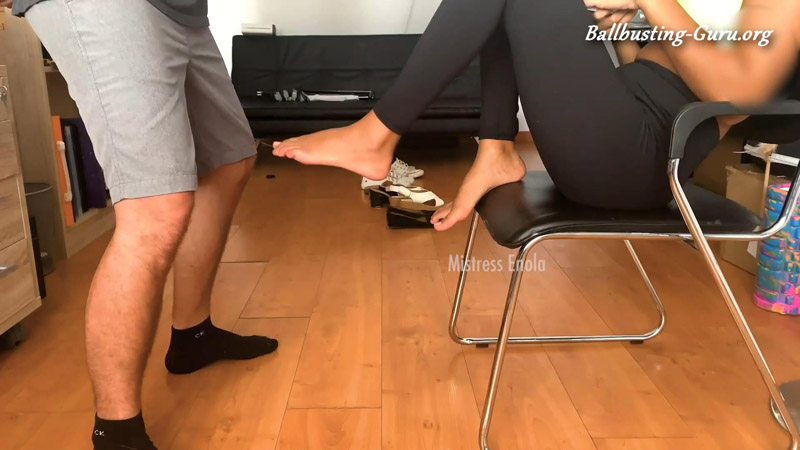 Mistress Enola Fetish – HOW TO DESTROY A SLAVE – cock stomping, facebusting, trampling, jumping and much more! 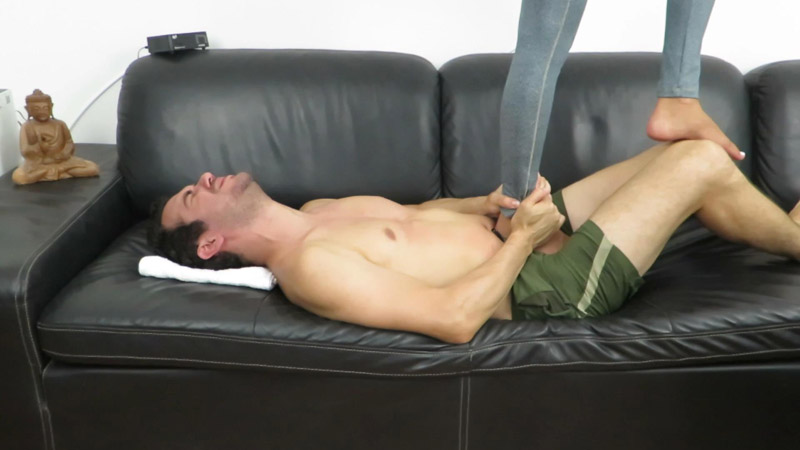 ENOLA – BALLBUSTING ON DEMAND – HARD Ball kicking with converse, with socks and bare-feet 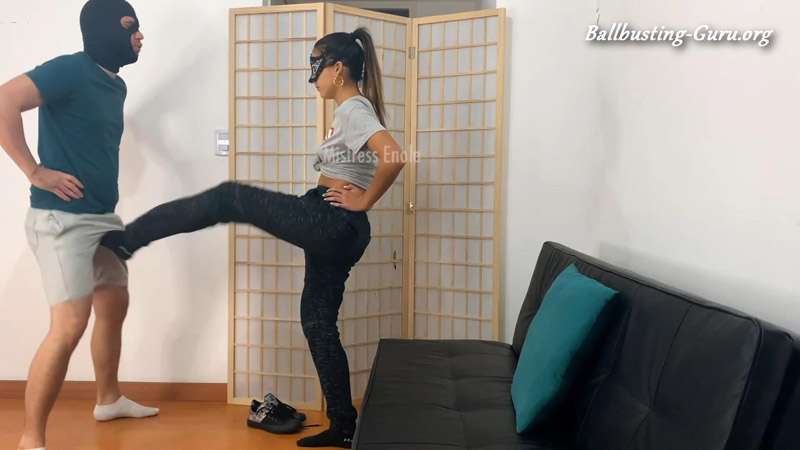