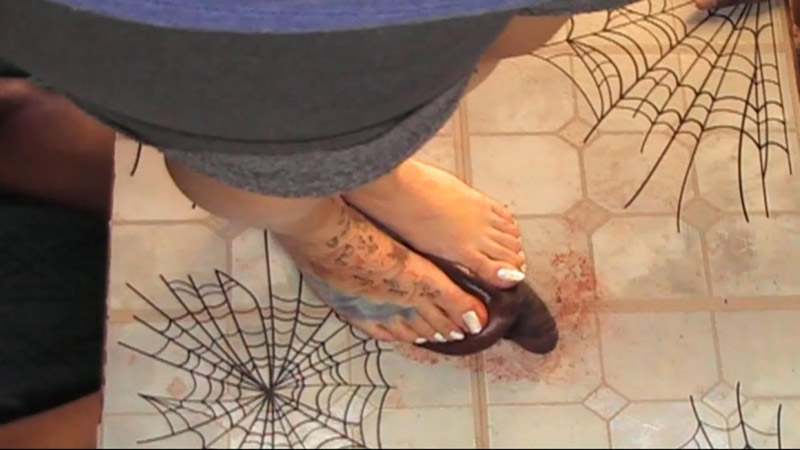 The Beautiful Goddess comes down to the dark gloomy dungeon wearing her Sexy High Heel Gladiator Sandals to display her sexy long toenails with a freshly painted Pearl White color pedicure where Her slave is trapped in the t0rture table. She makes it clear that she wants to rid this slave completely of his manhood and wastes no time getting started! She walks all over his worthless junk and TRAMPLES HIS TESTICLES FLAT without a care!!! Much to the chagrin of the Goddesses the slave wishes to save his balls but she will have none of it!! She abuses his nuts with her sharp high heels and KICKS HIS BALLS over AND OVER causing them to flop and bounce off the ends of her shoes like that ball paddle game!!!

The Goddess then starts heel stomping on his cock AND HIS BALLS!!! She stands full weight on his nuts with one foot and then BRUTALLY HEEL STOMPS THE HEAD OF HIS PENIS completely ignoring the slaves complaints as SHE CONTINUES TO CHOP at his sensitive cockhead and soon the red stuff is starting to leak out getting on the table and Her feet!!!! She even makes him position his own penis for Her to REPEATEDLY STOMP ON THE TOPSIDE OF HIS COCKHEAD!!! The slaves tattered manhood now has LACERATIONS ALL OVER and his balls are swollen but the Goddess feels it deserves more pain!..and what happens next will truly make you cringe!!

Watch and listen as she then rains down a MERCILESS BARRAGE OF THUNDEROUS STOMPS all over his helpless cock and balls WITH INCREDIBLE FORCE as she intends to completely destroy every remaining ounce of his manhood!!!.. isn’t THIS what YOU wanted?.., YES! it answers with thankful admiration as it whimpers and writhe with pain as she carries on with her wonderful heel stomping nuts t0rture causing some severe internal damage and soon his balls are even MORE SWOLLEN!!! She chops his urethra to pieces using her sharp heels to crunch away at his dick to ensure that it stays limp and useless!!!

She then orders her slave to remove her shoes and wipe her dirty feet clean. She tramples his injured manhood allowing it to FEEL THE BURNING SENSATION of the salty sweat from her bare soles seeping into his wounds while laughing at his discomforts!!! The contents of the poor slaves ball sac has been trampled and stomped into a pulpy mush and she takes pleasure in smashing flat beneath her pretty bare feet and she even jumps on them a few times to finish them off for good!!! 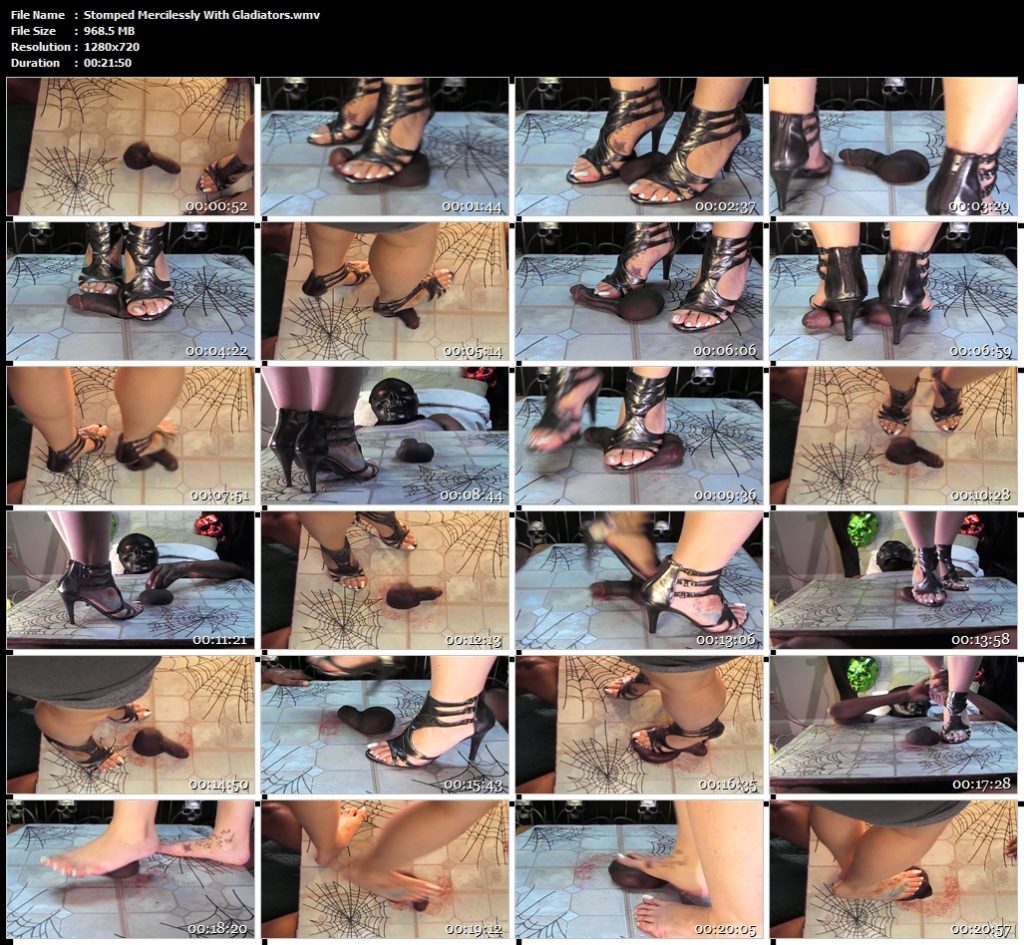