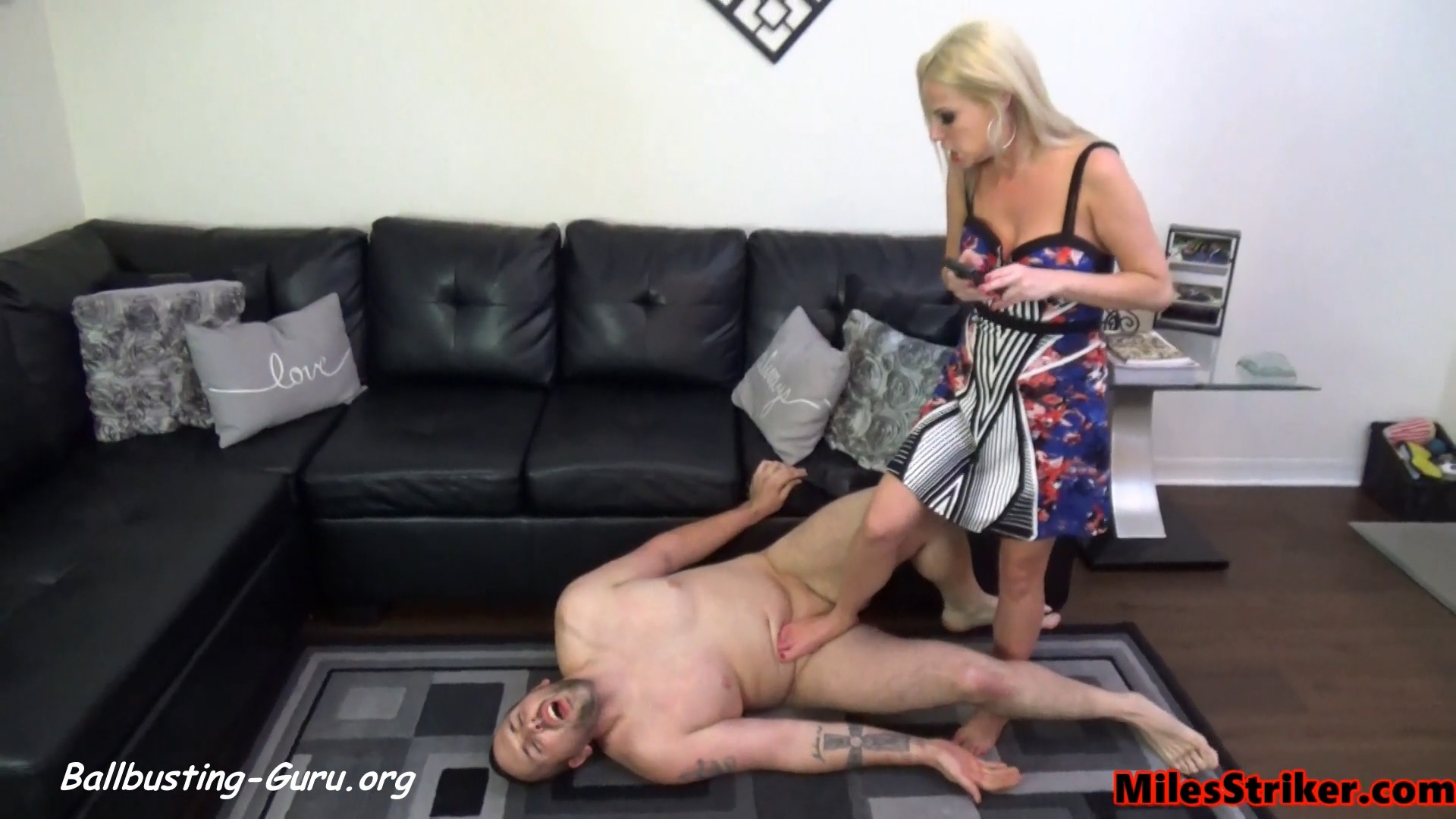 Roxie Rae is getting fed up with her lawn guy not showing up and always being late. The lawn guy finally shows up but is full of excuses. Roxie Rae isn’t having it, she shoots him a direct blow to his balls which sends him tumbling to the ground. Roxie knows exactly how to get what she wants, revenge. She threatens to call his boss in turn he’s ready to do anything to not lose this job. Roxie forces him to strip naked. She forces him to put his hands on his head and spread his legs naked. Roxie begins to berate him while kicking him repeatedly over and over in the balls HARD with huge smacking sounds. He begins to cry and beg but Roxie just isn’t having it, she doesn’t care, it’s time for him to learn a lesson. Every time he falls she berates him and forces him to get back up. Roxie literally has him by the balls. She takes pictures of him in the fetal position and begins to stomp and crush his dick and balls while he screams in agony. She kicks him in the balls while he’s on the ground and threatening to get him fired. After extreme abuse to his balls, he breaks down crying while she explains the humiliating rules he’ll have to follow while mowing her grass. She makes him stand to deliver a bunch of huge last blows to really drive in her message. 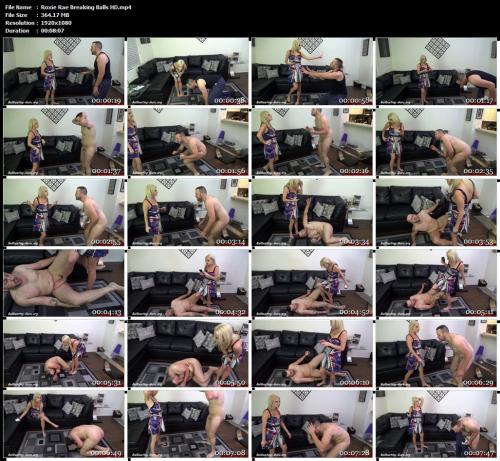