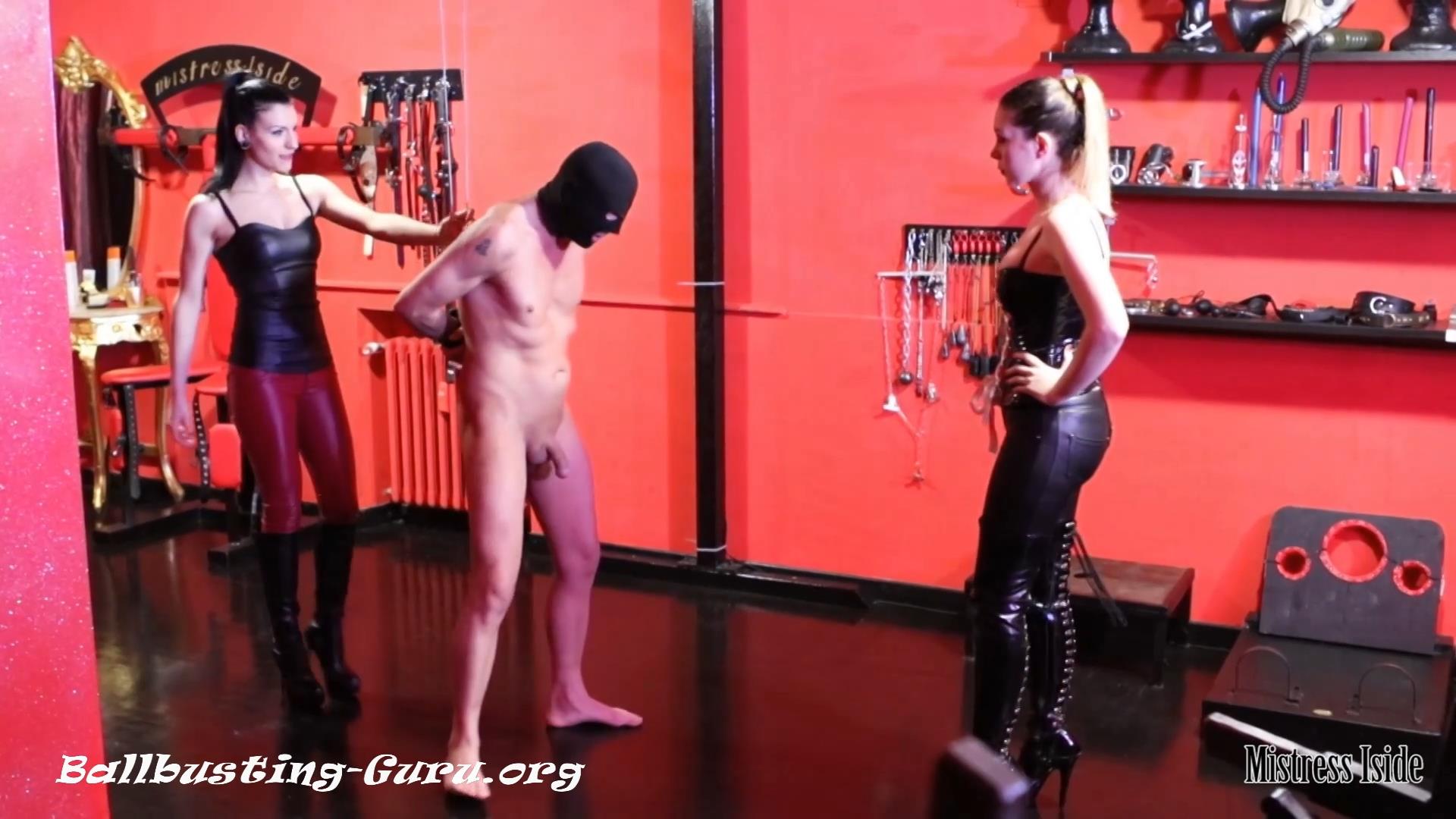 This poor guy’s fate has been sealed: he’s gonna lose his balls, one way or another. There are two ruthless mistresses that want to do this by hand, so to speak. They kick living shit outta this dude’s balls because they think that surgical castration is an easy way out for a creepy perv like him. The two happily kick him, they two basically destroy everything that’s left of his manhood. This ballbusting video may be way too extreme for some of our viewers, so it’s up for you to decide – are you man enough to see this? 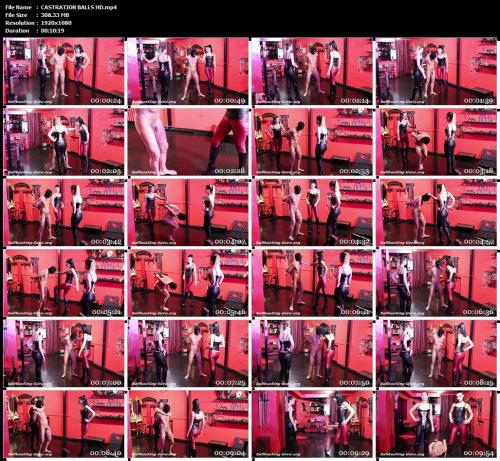 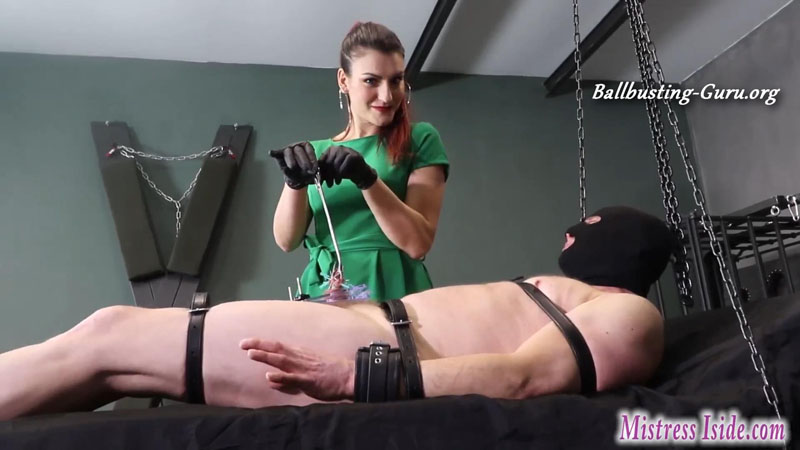 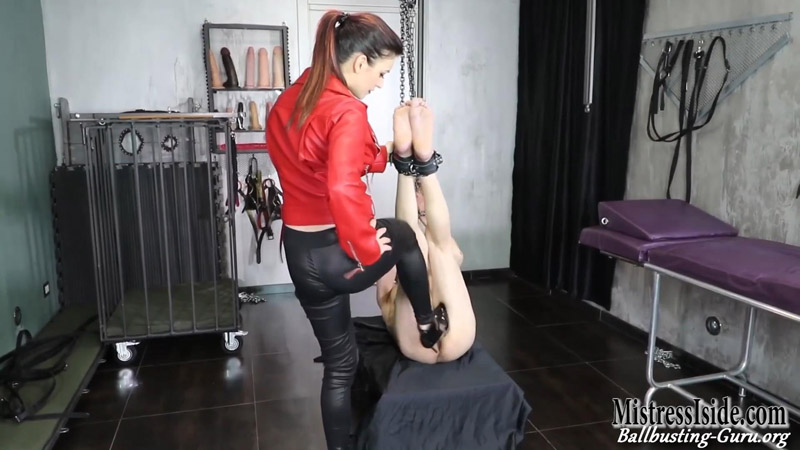 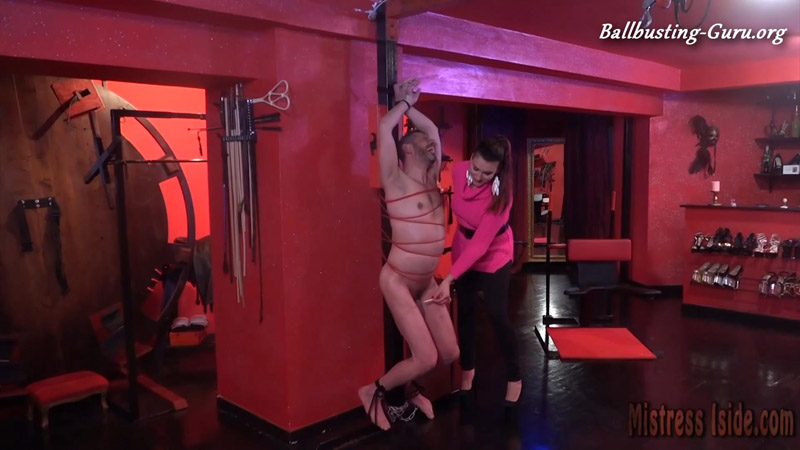 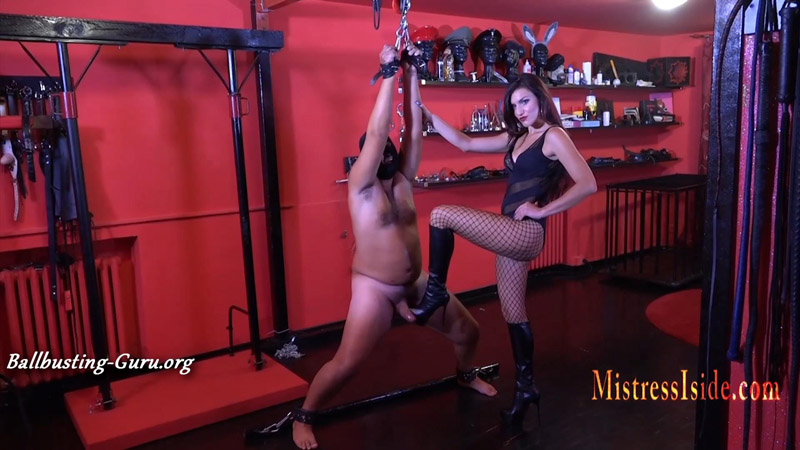 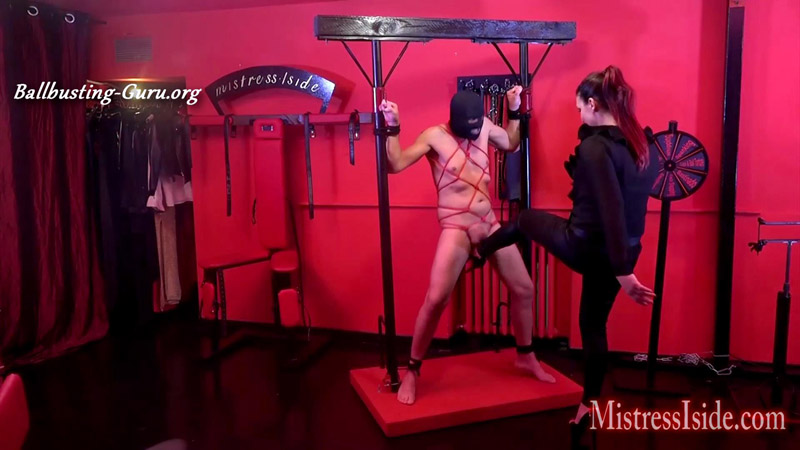