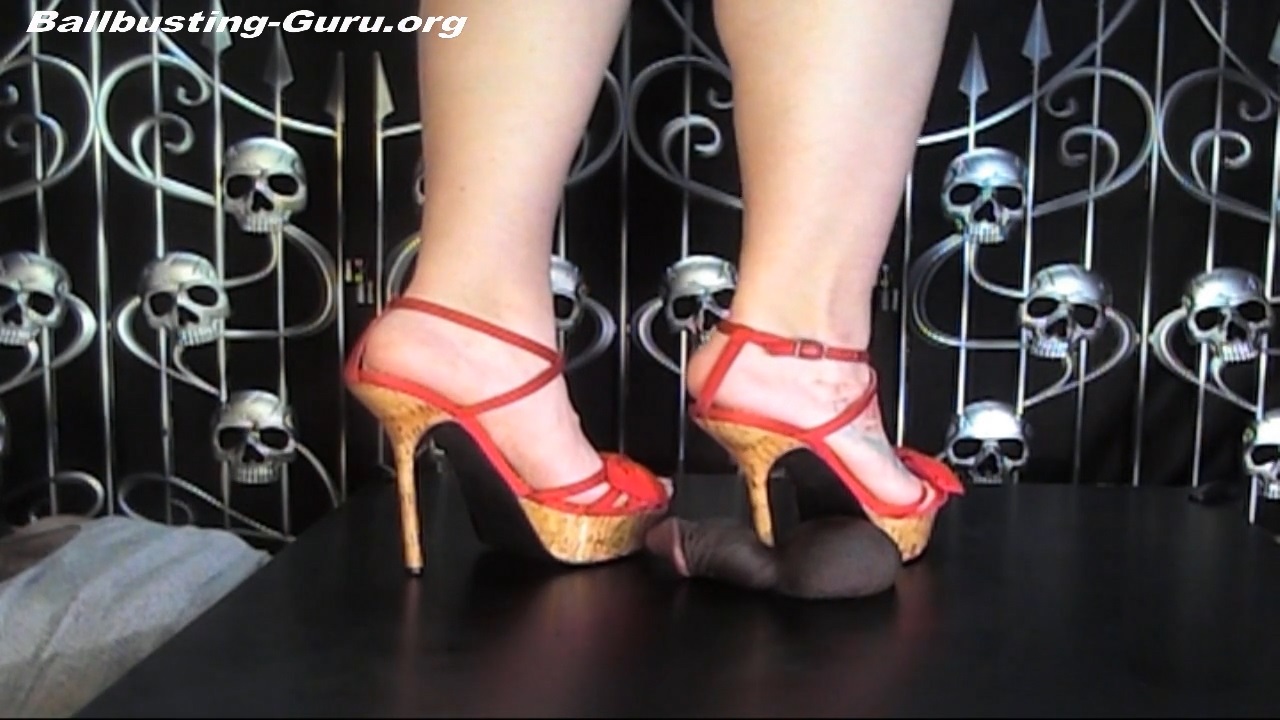 (WARNING: THIS CLIP CONTAINS GRAPHIC IMAGES!!!) This is a continuation of Consequences Suffered picking up right where the last part left off.The Goddess continues with her attack on his manhood pounding his meat into the floor with LOTS of kicks AND STOMPS to his helpless cock and balls!!! The slaves nuts become mushy and deformed beneath her trampling soles and to make matters worse she spikes her heel into its ball sac jabbing and twisting up his internal contents not caring about the damage she is doing to his testicles!!! Each time the slaves horny cock even attempts to get hard the goddess stomps down hard on his shaft causing it to go limp! She taunts the slave as she tramples and stomps his baabymakers as she tells it SHE WILL MAKE SURE that he will NEVER have any! But the pathetic slaves dick still tries to get hard again without permission which proves to be a big mistake. She steps down in it with her stiletto high heel deep into his p..hole and snaps his urethra!!! She pulls her heel out and red stuff starts to leak out yet the Goddess shows concern only for her shoes! She orders it to take them off for her. She then tramples the slaves vital fluids barefoot coating her soles a vibrant crimson color as his injured penis continues to leak!!! 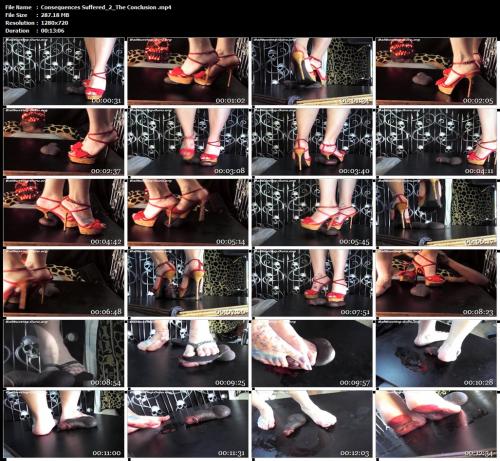