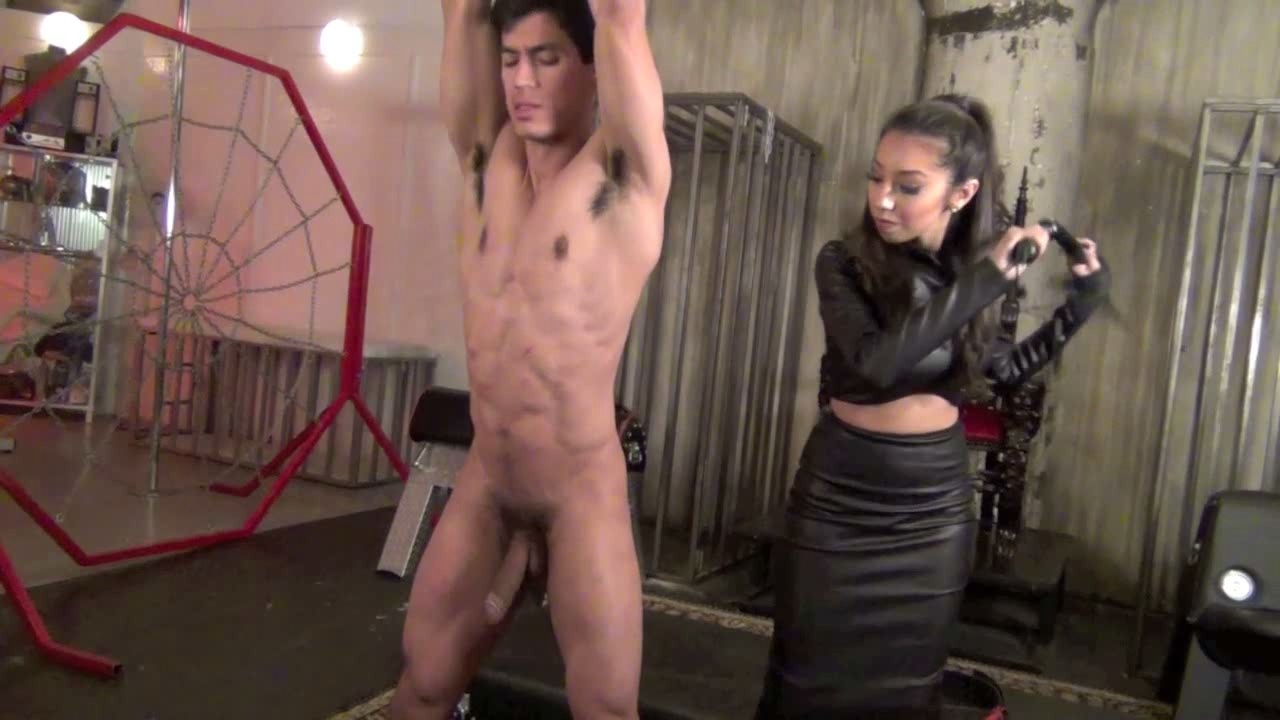 This hopeful slave boy had the audacity of sending me his application along with photographs of his dick! Rather tasteless and presumptuous of him. Did he really think that his man meat would somehow entice me to add him to my growing stable of personal slaves? Quite the opposite. It enticed me to lure him into my dungeon to torment him and that annoying cock of his.

Once in my clutches, I render him bound and helpless so that I may have my way with him. Selecting a painful rubber cat of nine tails, I trash his manhood relentlessly, until his cock and nutsack are throbbing in agony. Strike after painful strike, I whip his dick over and over again, until it is a delicious shade of candy apple red. When he has been sufficiently tenderized, I switch over to a lethal leather quirt/slapper and resume my cock and ballsack attack.

His testicles are completely at my mercy, and for this fool there shall be none. Mercy, that is. I hit my target with the precision of a surgeon, as I destroy that dick which he mistakenly thought would somehow persuade me to consider him for a position as my servant. But rest assured, when I am through crushing his prized family jewels, then and only then, will he be considered for such a valued position. 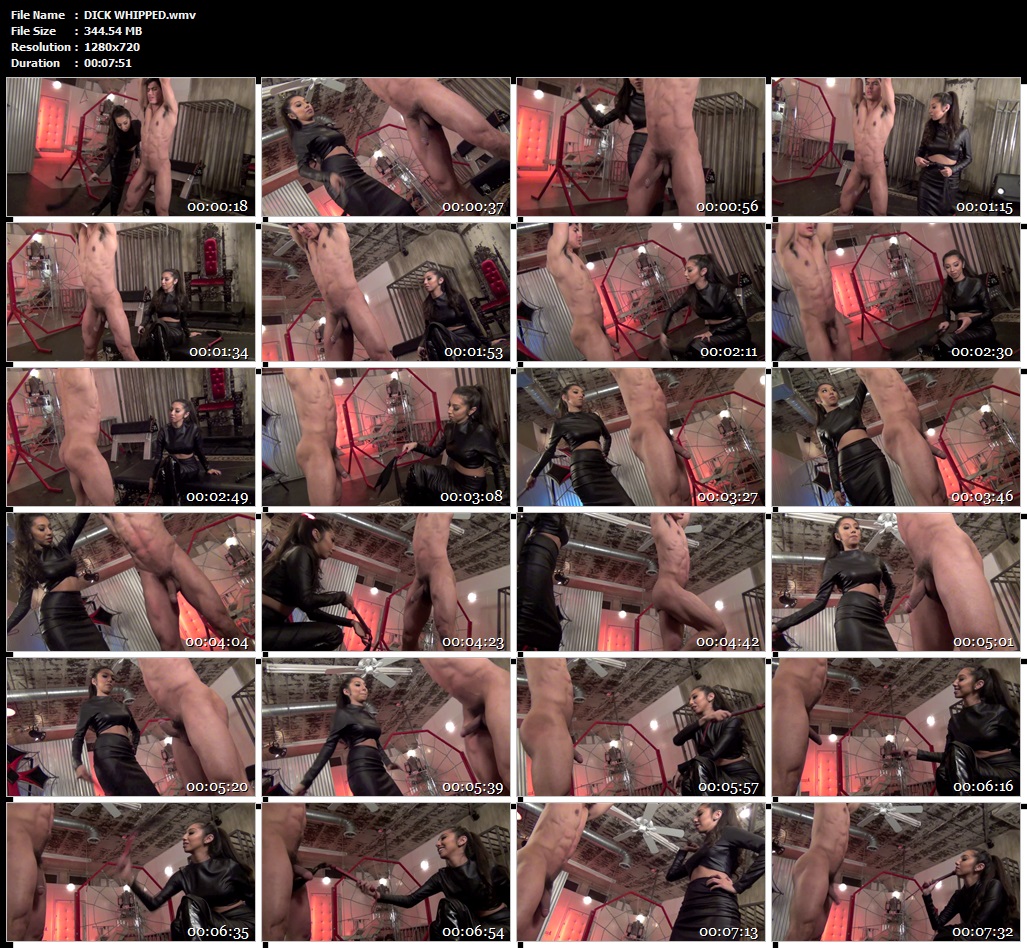 <- Prev: Let Me Bust Your Nuts and I’ll Let You Worship My Ass – Lady Shayne – Girls Next Door: TEAM BALLBUSTER Next: Boot Boy ->