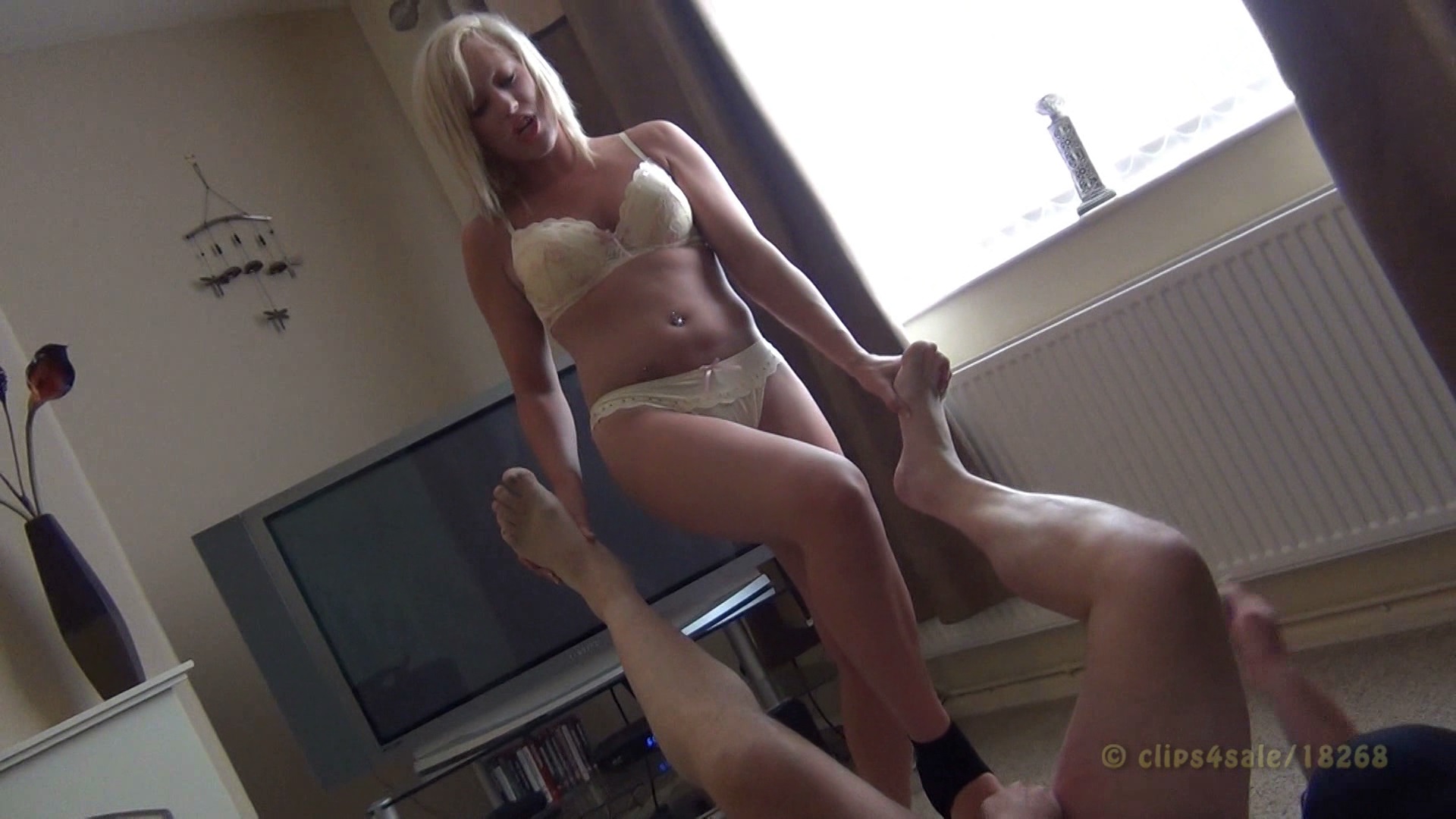 He ends up bending over the settee and Axa takes aim at his exposed balls and lands several kicks right in his nut sacks. After more abuse he ends up on his back on the floor so Axa grabs his legs and plants her foot firmly on his balls to squash them. Axa then gets him on his knees and gets him to put his hesd between Shays legs. Shay traps his head between her legs pushing his face into her crotch whilst Axa lands several hard kicks into his balls from behind. Eventually he collapses on the floor and Axa and Shay go off to have some ‘girlie’ fun together. 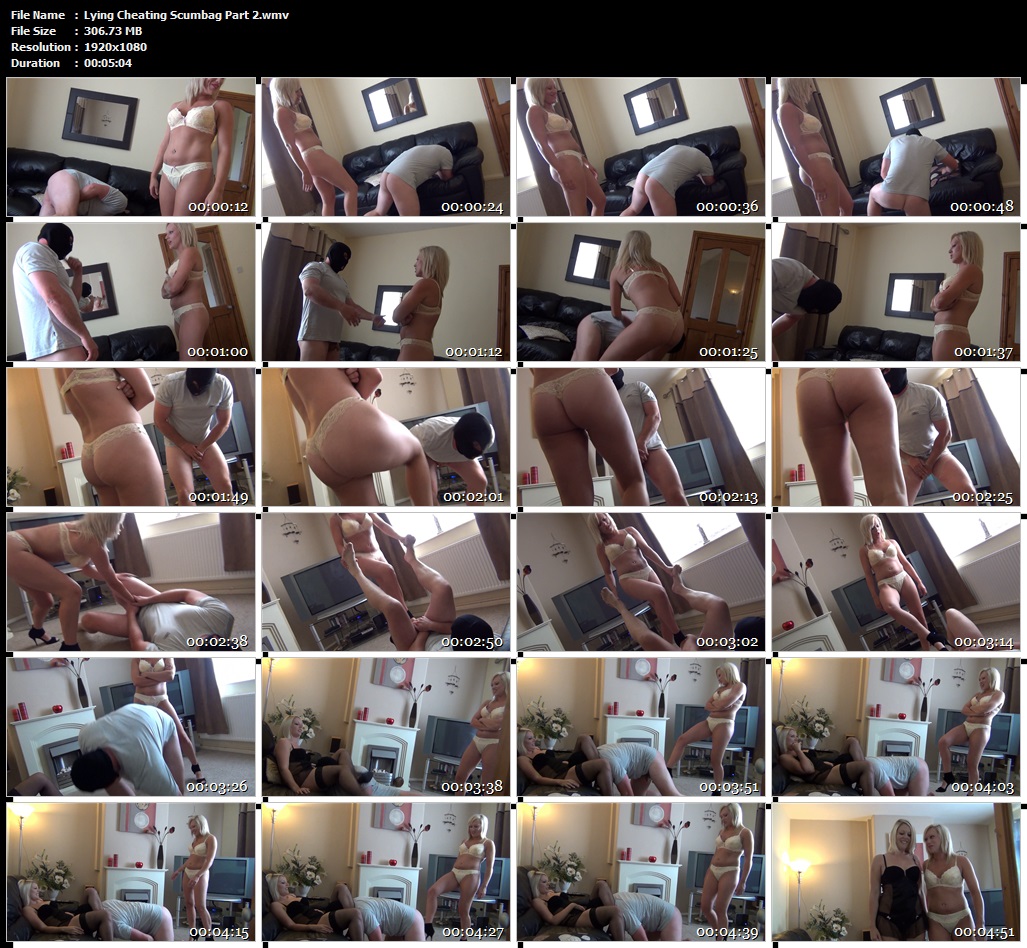