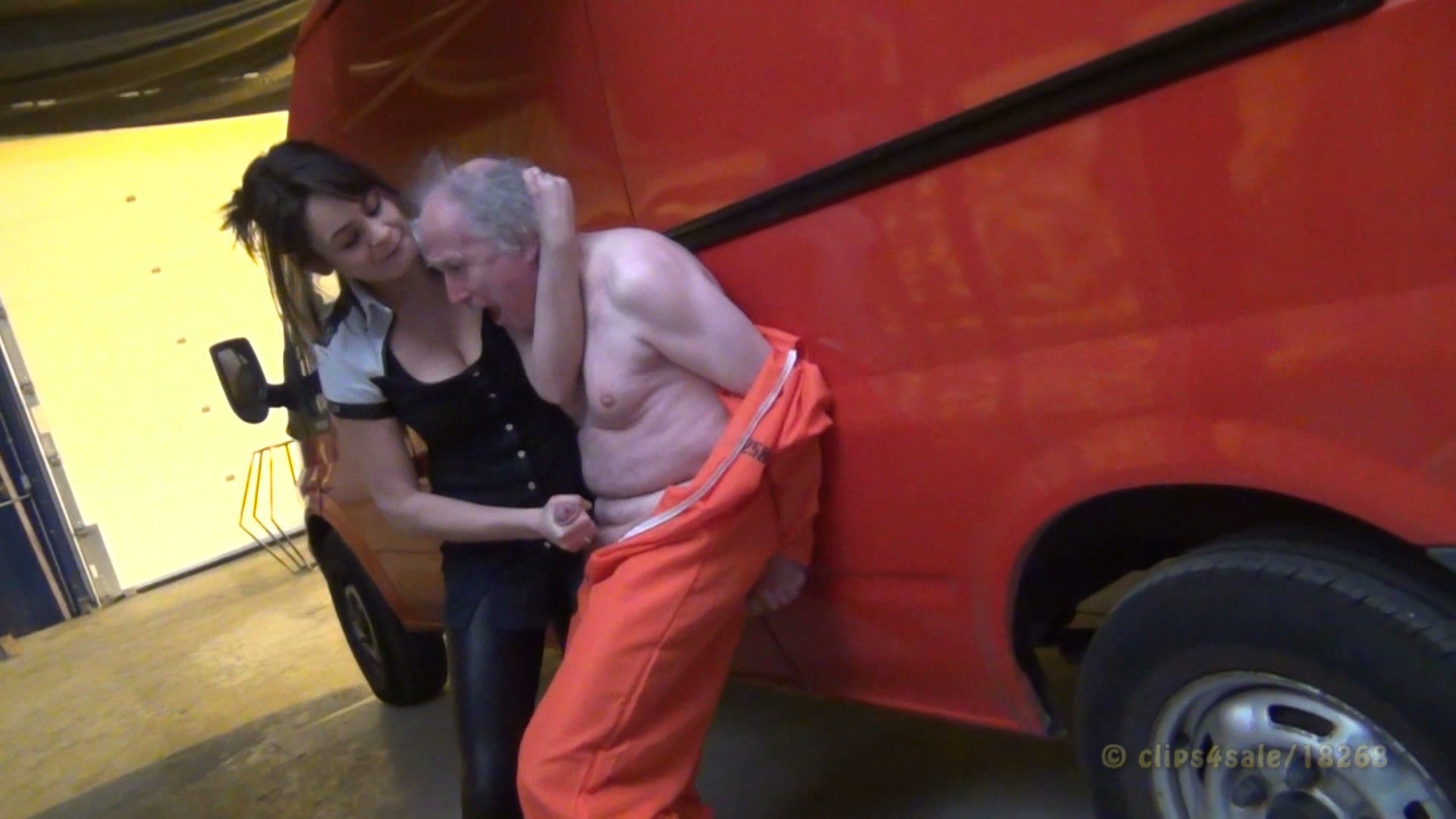 She then unfastens his prison uniform and pinches nipples before kicking him in the balls several times again. Mistress Sina then removes her shoes and goes back to kicking him in the balls then sits firmly on his face whilst continuing to abuse his balls and his nipples. She then gives him a chance to run knowing that he will not get away, she quickly finds him hiding under the stairs, handcuffs him and drags him into an empty room to continue his punishment. Propping him up against the walls she kicks him several times in the balls again before lying him on his back, sitting on his chest and squeezing his balls whilst choking him and spitting in his face. Mistress Sina then stands him up and drags him back to the main area, stands him up against her van kicks him in the balls over and over again before getting his cock out and squeezing it hard with her bare hands. She then opens the van door and bundles him inside before having a cigarette relaxing in the cab of the van. 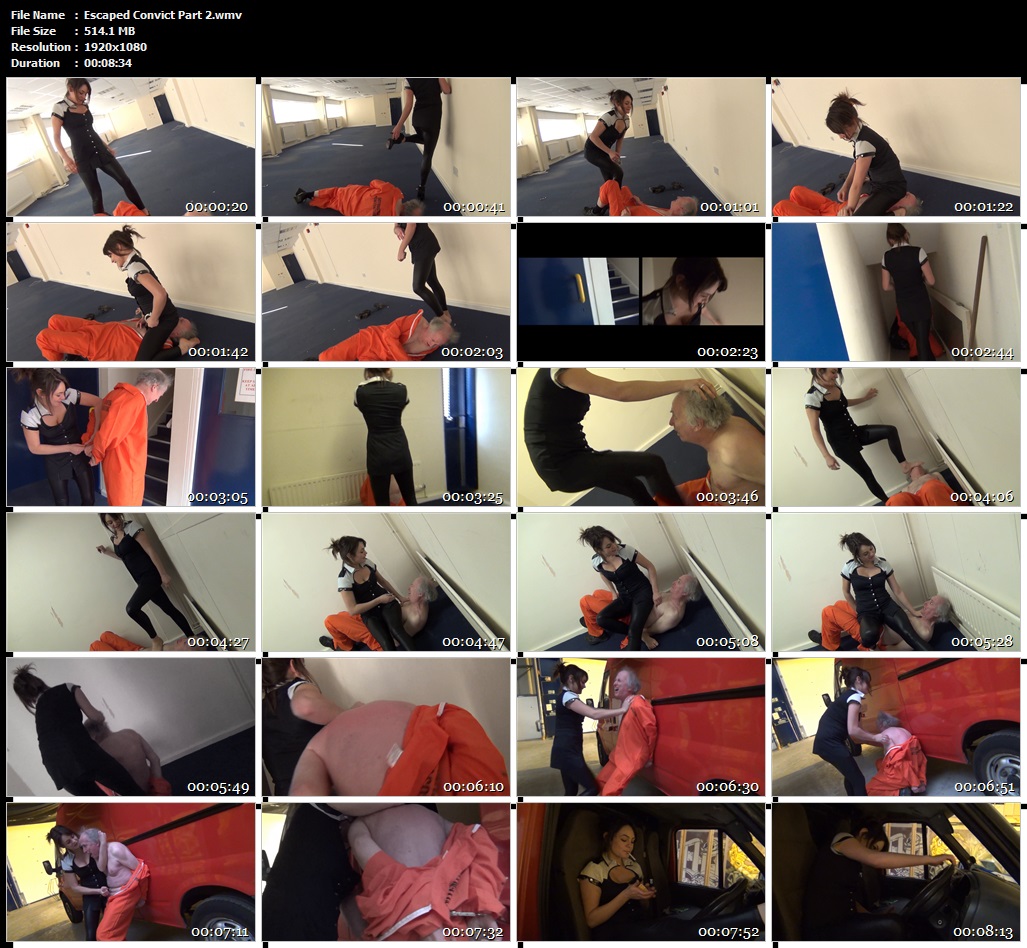